Derek died on 25 December 2020 in the USA where he had lived, with his wife Linda, for the last fifty years. He was aged 79. In the UK Derek worked mainly for IBM and in the USA he enjoyed a successful career also in systems development.

On leaving school, Derek spent three years at Downing College, Cambridge reading Law, during which he regularly travelled down to play for the OBRFC on Saturdays. Derek was a vibrant personality, always keen to query the established way of doing things, while remaining very popular with all he came into contact with. Mostly he played on the wing, but he had several spells at open-side wing forward as it was then called.

It was during one of those spells as open side that I remember some of the more gnarled scrum members in the 1st XV querying whether he was marking his opposite number at the back of the lineout effectively. “But I want to get away too, don’t I” says Derek. “What are we meant to do, stand in the middle of the pitch holding on to each other?” Whatever it takes, was the answer.

From 1962 Derek was back in the London area and played regularly for the club until the late 1960s. In 1965, at a relatively young age, he became a very enthusiastic  captain of the 1st XV for two years, contributing to significant improvements in the first year. He was quite a prolific try scorer and played five times against Gloucester in the 1960s. Attached is a photo of the tour party at Redruth in 1966, with Derek holding the ball as captain. 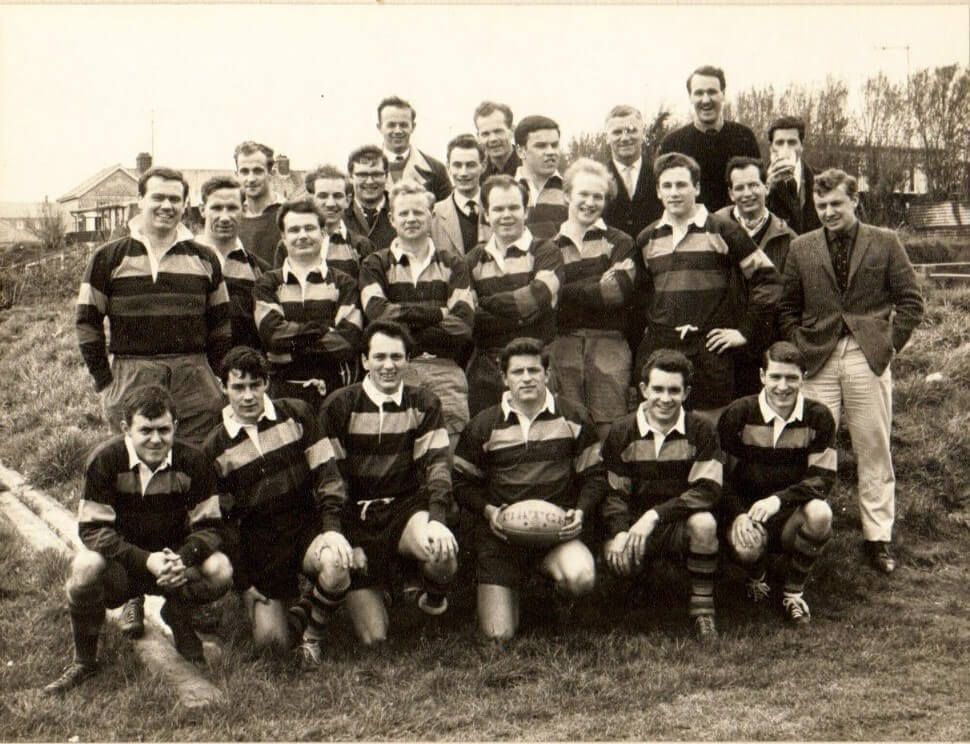