Dickie died in November 2020 aged 93. Ironically, for a rugby man, Dickie was a well respected ‘tea taster’ for one of the big suppliers to the grocery trade.

Dickie was quietly spoken with a sharp ‘deadpan’ sense of humour. After working his way up through the lower sides, he established himself in the 1st XV in the 1950s as a strong and reliable prop forward. He appeared four times against Gloucester.

Throughout the 1960s Dickie was a solid performer in the A or Extra A XVs with a reputation for quietly sorting out any nonsense!

Our President, Andrew Cosedge, remembers playing with Dickie in the early 1970s, in what was then the Nomads XV. He recalls that there was one occasion when a member of the opposition was giving our fly half a hard time and Dickie thought he deserved a punch. Unfortunately, Andrew moved his head at the wrong time and took the punch himself!

Below is a photo of a Veterans XV in 1976, with Dickie on the left in the back row (next to the referee) on what was probably his last appearance for the club aged 49. 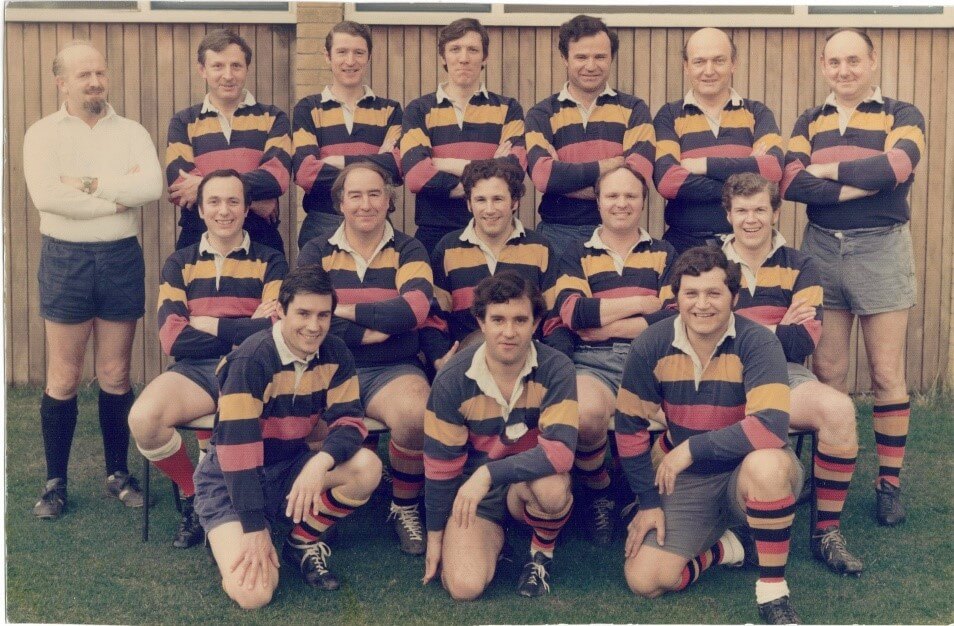