Isabel was an only child who spent her entire life surrounded by and working with other people.  She could bring people together, run projects, delegate tasks and bring out the best in others.  She was organised and thorough with high standards but never wasteful.  Nor was she without a sense of humour.  She loved sport, music and the arts and enjoyed seeing others succeed but she wasn’t sentimental.  Isabel put service and her Christian faith at the heart of everything she did and was very much loved by her friends and colleagues who effectively became her ‘family’.

Her mother Beatrice Bessie Craggs (neé Rawlings) was a Nightingale during the 1920s.  Isabel’s father was some 23 years senior to her mother.  He suffered ill health and died when Isabel was still young.  During this time, Beatrice made ends meet nursing privately at Bedford College (London) who helped her secure a boarding scholarship for Isabel to attend Christ’s Hospital School in Surrey.

Here, she would make lifelong friends, discover discipline, faith, her love of sport and the value of service to others.  Her school years coincided with WW2.  She mentioned nights in makeshift underground dorms and knitting socks and balaclavas for the soldiers.  Rationed food meant inventive school cooks served up non-descript soup with stodgy mash floating in the middle.  The school rules stated not to tell tales, which Isabel obeyed but in doing so often took the blame for others.  This earned a quiet admiration from her school friends it turns out, one of whom only revealed to me last year how Isabel’s stoicism had been a great influence on her.  Isabel loved the sports at school and often opened the batting for the cricket team, which again testifies to her strength of character.

Isabel chose a profession where she could earn as she trained and provide a roof over her head as there was no family home as such.  At 17, she was too young to start general nursing so did her Orthopaedics at Pyrford.  She hit the ground running when she started her general training at St Thomas’s.  Colleagues nick-named her ‘Flo’ and she would eventually find her niche in theatre.  In 1953, Matron Kelly sent her off to Mill Road maternity hospital, Cambridge to expand her knowledge of mothers and babies and she returned 2 years later to work at the Royal Waterloo as part of the Gynae theatre team.

When she met John Colebrook, he was a handsome curate at St Alban’s Holborn, and she was nursing at The Grosvenor.  Their paths crossed again in Bournemouth some time later as Isabel had been encouraged to take a job at Southampton hospital – possibly at the bequest of an anesthetist wanting her unique skills in theatre with him.  Whilst accompanying a nursing friend to church in nearby Bournemouth where John now worked.  John spotted her and had his churchwarden head her off at the porch!

They married in Brighton (1961) and Isabel moved to Bournemouth as the new vicar’s wife where she was welcomed by the parish of St Mary’s.  She got to grips with her new role but I don’t think it was easy as she was heard to say she played second fiddle to God.  Daughters Lizzie and Caroline were born 1963 and 1964.  Then in 1968, John was asked to be the new vicar at St Michael’s, Andover.  They were a great team together and Isabel was keenly involved in parish work and local organisations including The Children’s Society, Inner Wheel and The Girl Guides.  John sadly died from MND in 1983 and Isabel moved alone to her first new home.  She always felt God gave her The Red Cross after John died.  Isabel was honoured for her long service amounting to over 30 years of voluntary work with the Red Cross and continued to field out of hours calls from her armchair when she could no longer get about.  When the gentleman came to collect her wheelchair after she died, he exclaimed, “your mother was a legend, she raised thousands for the Red Cross!” 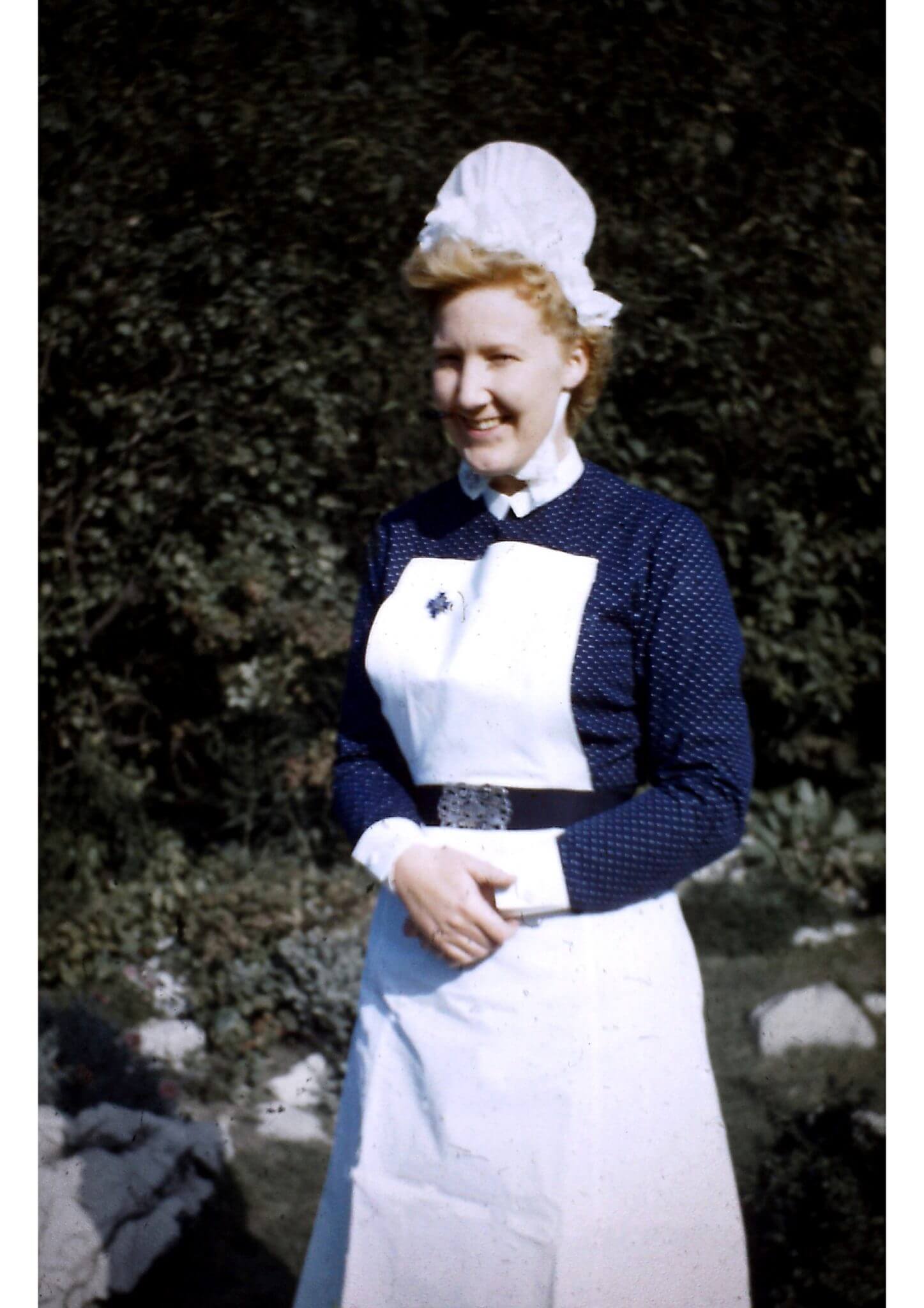