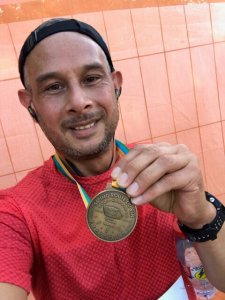 In memory of Justin Brotherton, the beloved son of Janet Brotherton and husband of Emma Middleton.

Justin was born on the 18th of October 1975, and died suddenly on the 1st April 2019, aged 43 years. He attended Christ’s Hospital from 1987 to 1994 after gaining a presentation from the Old Blues of New South Wales, Australia, with Dr Jack Morpurgo acting as his Governor.

Upon leaving Christ’s Hospital he gained a degree in Economics from Queen Mary, University of London.

Justin worked as a Senior Business Analyst in the City of London for several investment companies including Barings, Citi Group, Fidelity, and Legal & General.

In 2005 Justin married Emma (who also attended Christ’s Hospital), and they had twins Phoebe and Leo, now aged 11 years, and Fleur aged 9 years.

Justin was a beautiful, kind, loving, fun and clever man. He was very unassuming, and quietly listened intently before giving a considered response. He loved his family dearly, and would always try to help others. His forte was solving other people’s problems. 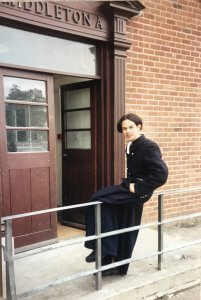 Justin was passionate about fitness and completed the Brighton marathon in 2016, running in aid of the charity MIND.  He also ran in the Hackney, and Portsmouth half marathons, and took part in “tough mudder” assault courses.

Justin will always be very sadly missed. He died young, before his time, but achieved much in his life, the greatest of which being his three lovely children, who were his pride and joy.