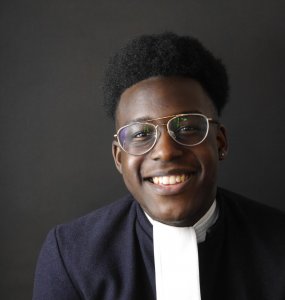 What was it like coming to CH and what were your impressions compared to life before CH? How did you adapt?

My CH journey began in 2013, and, initially, I was not very keen on commencing my secondary education in this foreign environment. Having grown up in Bow (East London), I had not only grown accustomed to life in the city, but – towards the end of my primary education – I had also established a very strong group of friends who conveniently lived in close proximity to me. Naturally, I wanted to continue walking along the same path as my peers, so, at that stage, I had my heart set on studying at the local state school, where everyone had confirmed that they were going. However, it was not long after this point when one of my mother’s friends informed her about the existence of a boarding school called Christ’s Hospital, whose central aim was to help children with lesser means to flourish in the wider world by providing them with a first-rate education. My mother was desperate for me to apply there, but I was adamant on not going. After several disputes, I told her that I would work hard to secure a place at CH with the proviso that in the end I got to decide which school I went to. Funnily enough, despite accepting my proposal at the time, I had no say in the matter, and before I knew it I was saying farewell to my older siblings, my niece and my nephew – crying due to my departure – as I was on my way to CH to start my 2nd form year.

My first impressions of the school were not the best: like quite a few others, I was embarrassed by the uniform, nor did I know how to put it on properly; I felt overwhelmed by how regimented the days were; and, I did not understand the purpose of some of the customs that took place on a daily basis, such as marching and even the grace at dining hall. Life over there was so much different to what I was used to, and, because of this, I was very reserved. Furthermore, the people I conversed with, who had completely different backgrounds to me, also possessed different interests to me, so I began to communicate with others even less. However, my adaptation to this climate came after I realised that I was too focused on staying within my comfort zone instead of attempting to expand my horizons. I soon learned that this expansion is the very essence of life at CH, and, from that moment on, I stopped associating CH with my previous experience of living in London, and began to enjoy the things that were unique to the school: marching became enjoyable; I started complaining less about those long hours playing Rugby in the pouring rain; and, surprisingly, living as a boarder in Maine B became one of the highlights of my life. This notion of expansion even translated into my interpersonal relationships as I began to befriend people who did not share the same interests as I did.

Retrospectively, I am glad that I ended up going to CH. If I had continued going to school in London, I would not have met the people – friends and teachers – who changed my outlook on life for the better, nor would I have the same drive to succeed if I ended up going anywhere else.

What activities have you enjoyed at CH and what have you accomplished that you are proud of?

There were a wide range of activities offered to us, and I did not want to let the opportunities I had been granted go to waste. For this reason, I participated in a range of extracurricular activities during my time at School: on the sporting front, I played rugby, hockey and athletics; and, I was also involved in the Marching Band, Big Band, and Brass Ensemble in which I played the bass trombone. I can say with certainty that I enjoyed all of these activities, even though my involvement in them started to decrease as the demands of my studies and other school-related duties began to increase.

Tell us about your academic achievements. What are your future plans?

This year I was honoured to be one of the people who received the Academic Buttons award, which demonstrated that the effort I invested into my studies had been recognised on a schoolwide basis; and, I was also awarded the Latin prize on Speech Day. In addition to this, after a lot of hard work on my end and assistance from my teachers, I managed to secure an offer from Oxford University to read Classics.

For sixth form, I chose to do the International Baccalaureate, which required me to select 6 subjects. I chose to do Latin, English and Philosophy at higher level, and Chemistry, Spanish and Maths Studies at standard level. Despite the immense workload, I really enjoyed my education because I was encouraged by all of my teachers to pursue the areas within my subjects that interested me. I always felt like I had the agency when it came to my studies: whether, as a class, we were selecting what books to study in English, or even what aspects of Spanish culture I personally wanted to research and eventually mention in my exam. In addition to this, my teachers always implored me to think critically about the topics we were studying; this was particularly enforced by my Latin teachers, who would frequently put me on the spot, and encourage me to challenge their views rather than just simply agreeing with them. This daily practice in critical thinking benefited me in my Oxford interviews, where I was forced to think on my feet, and challenge the views of the tutors as well as my own.

I am definitely going to miss the convenience of everything, particularly when it comes to seeing friends. When we all venture out into the wider world, it will be even harder to see each other. In order to do so, we will have to plan in advance, which is odd because I am so used to travelling up a flight of stairs, or quickly walking down Avenue if I needed to get a hold of anyone. As for my happiest memories, despite thoroughly enjoying the activities and events the School designed to keep us entertained, the times I enjoyed myself the most were when my friends and I took it upon ourselves to create our own fun!