Christ’s Hospital was delighted to be able to hold Speech Day this year and despite it being a pared down event, the importance of the occasion was beautifully captured (a gallery of photos is available at the bottom of this page.)

Speech Day is a long-standing tradition at Christ’s Hospital and has been held in the Summer term since 1871; this year’s Speech Day was held on Saturday 29 May and the School welcomed the Right Honourable The Lord Mayor of the City of London, Alderman William Russell and the Mayoral Party.

The occasion began with an atmospheric service in Chapel, which was followed by the annual tradition of March Past – when the drum majors leading the School’s famous Band salute the Lord Mayor. The pupils then marched past the guests of honour in the quadrangle with their ‘eyes right’, always accompanied by the Band. The Band’s performance was outstanding and junior pupils, Kiishi and Kieran, confidently presented a posy of flowers to the Lady Mayoress.

At the Prize Giving ceremony that followed, senior pupils were presented with awards and prizes, from generous supporters across the UK and overseas, recognising academic achievement, leadership, international relations and outward-bound activities. The highlight of the ceremony was the 10-minute oration given by Senior Grecian (Head Pupil), Amber, to which the Lord Mayor gave an animated response.

When Christ’s Hospital was founded in 1552, it was the Lord Mayor of the day, Sir Richard Dobbs, who gathered a committee to raise money following Edward’s VI’s request to set up Christ’s Hospital for the education of impoverished boys and girls. Today, the School continues its original mission to provide a life-changing educational opportunity. The Lord Mayor is Vice President of the School.

Congratulations to all pupils who were awarded prizes. Details of these are below:

Awarded to a pupil who has been an outstanding leader in Community Action and who has dedicated much of their time to improving the lives of others.

The Worshipful Company of Needlemakers’ Prize

For a Grecian who has shown outstanding commitment in the study of Art and Design.

The Bennett Prize for Debating

In memory of Roger Bennett (Old Blue) for ‘wit and eloquence’ in Debating.

The Worshipful Company of Salters’ Prize

For a Grecian who has shown exceptional enthusiasm, commitment and achievement throughout their study of Chemistry.

For the Grecian who has excelled in Economics beyond the classroom.

The Worshipful Society of Apothecaries’ Prize

For a Grecian intending to study medicine, pharmacy or a medicine-related subject at university.

For a Grecian who has displayed the high level of creative and engineering skills required to be a successful designer and who has chosen to pursue a closely associated degree.

This is awarded in honour of Michael T. Cherniavsky who, after serving for eighteen years as an inspirational Head of History at Christ’s Hospital, went on to be Professor of Mediaeval and Renaissance History at the University of Waterloo, Canada, from 1966 to 1983. The Prize is awarded to the historian who best emulates the high standards of scholarship and intellectual rigour championed by Professor Cherniavsky. This pupil will have embraced both the complexity and the breadth of the subject and will have demonstrated an enthusiasm for research and a fluid writing style.

The Worshipful Company of Carmen’s Prize

For Grecians who have shown all round and sustained commitment and contribution to school life during their time at CH.

For a Grecian who has made significant achievements in the face of adversity.

For a Grecian who can demonstrate that they are giving or have given something back to the community in the way of charitable works or support for others.

For a Grecian who has shown excellence in, and sustained contributions to Sport.

For a Grecian who has shown excellence in, and sustained contributions to Sport.

The Lamb Prize for Independent Study

For a Grecian who has produced the best piece of voluntary work undertaken out of term-time in any academic field, showing initiative, flair, ambition, research and scholarship.

An 1897 Pattern Infantry Officer’s sword decoratively etched with the school’s crest. It is awarded to the member of the Combined Cadet Force who has demonstrated the power to lead, while exhibiting the qualities of responsibility, self-reliance, resourcefulness, endurance and perseverance.

This fund was set up in March 1993 by Catherine Morpurgo, who was the wife of an Old Blue. Awarded to a Grecian who has gained admission to a university where the quality and training is acknowledged to be a major step towards a career in the professional theatre.

Established in 1978 by the legacy of Eric Fulton Dadson, an Old Blue, for the purpose of providing annual prizes for History or History of Art, or for essays and/or research into Anglo-Flemish political or commercial relations and/or Flemish Art. These are awarded as books and travelling expenses to the Low Countries (especially Flanders).

For a Grecian who has shown outstanding endeavour and leadership in outward bound activities.

For a Grecian who during their time at the school has made a pre-eminent contribution to the Arts, not only in curriculum work but also in extracurricular activity, in which they have shown an ability to organise and lead others.

For a Grecian girl who has shown great interest in international relations and wishes to travel abroad.

Awarded to a Grecian who is the best creative writer in the school and likely to continue their development beyond Christ’s Hospital.

The Wilcox Prize for Science was first awarded in 1904 to a young Barnes Wallis, who went on to become one of the leading engineers of his generation. This prize was endowed in 2015 by David Taplin, Metallurgical Engineer (1955 Wilcox Prizewinner) – as president of the British Columbia Old Blues.

The Worshipful Company of Musicians’ Prize

For a senior musician for their outstanding contribution, commitment and leadership to the broader-curricular life of the Music School throughout their time at Christ’s Hospital.

For a Grecian for overall academic excellence over both years of the Sixth Form. It is based on the independent study scheme, departmental recommendations, Academic Buttons, contributions to Oxbridge essay prizes, bursary awards by top universities, Olympiad participation, and our own gradings to form a picture of who has achieved the most in an academic sense across all their studies.

For Grecians who have shown the highest qualities of leadership while at Christ’s Hospital. 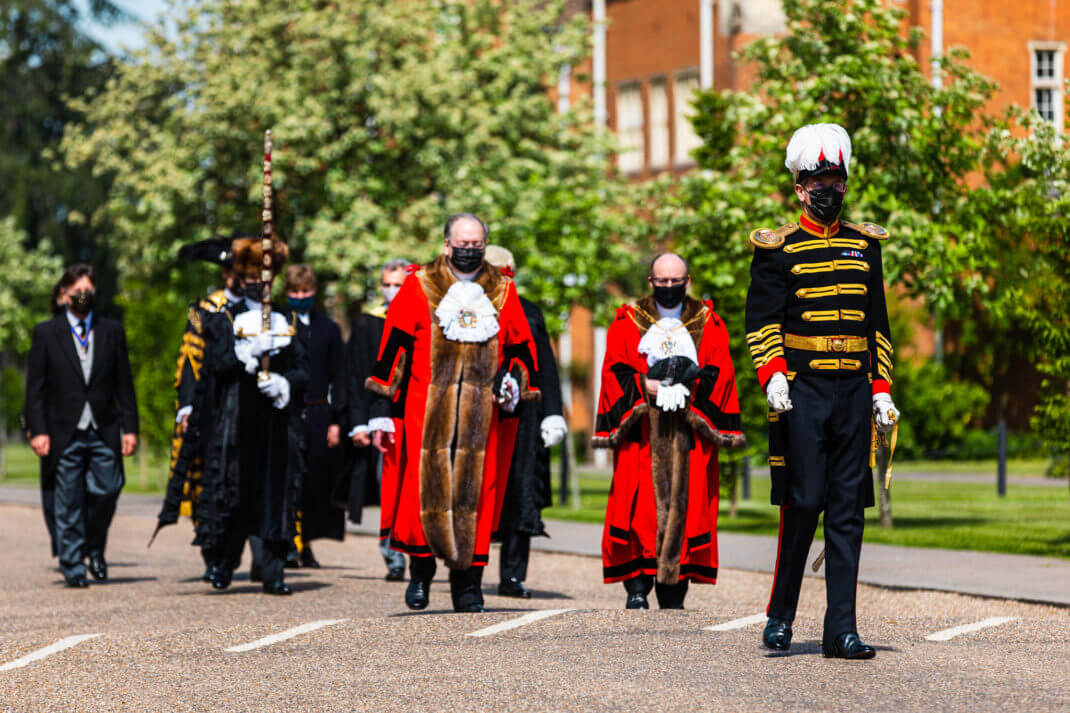 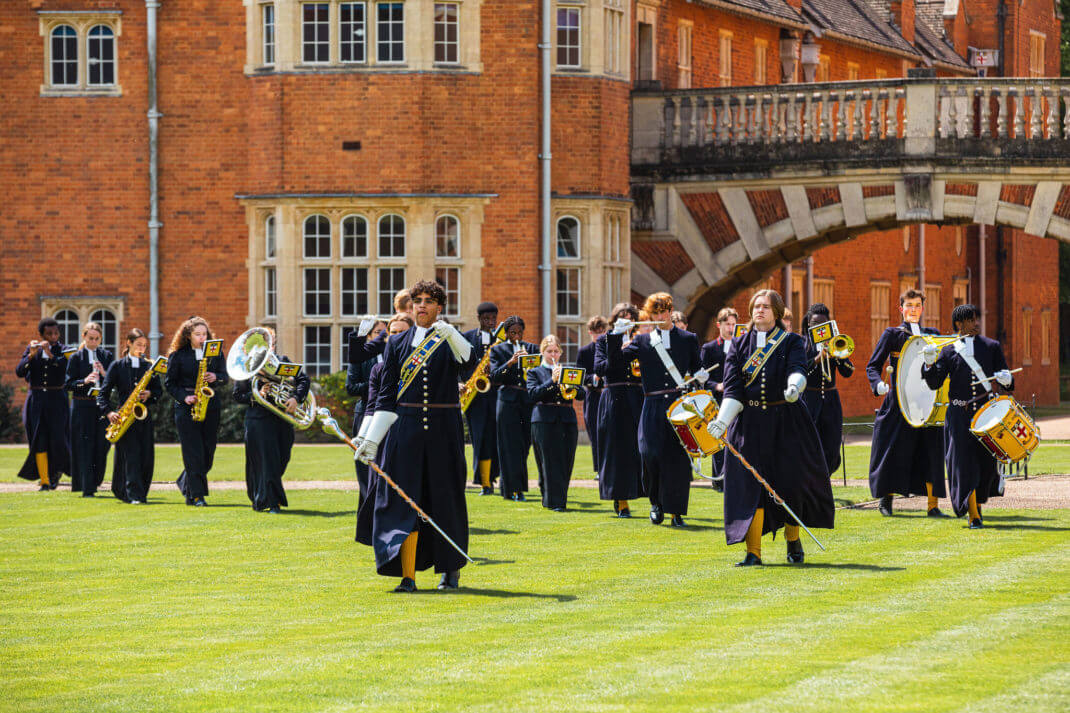 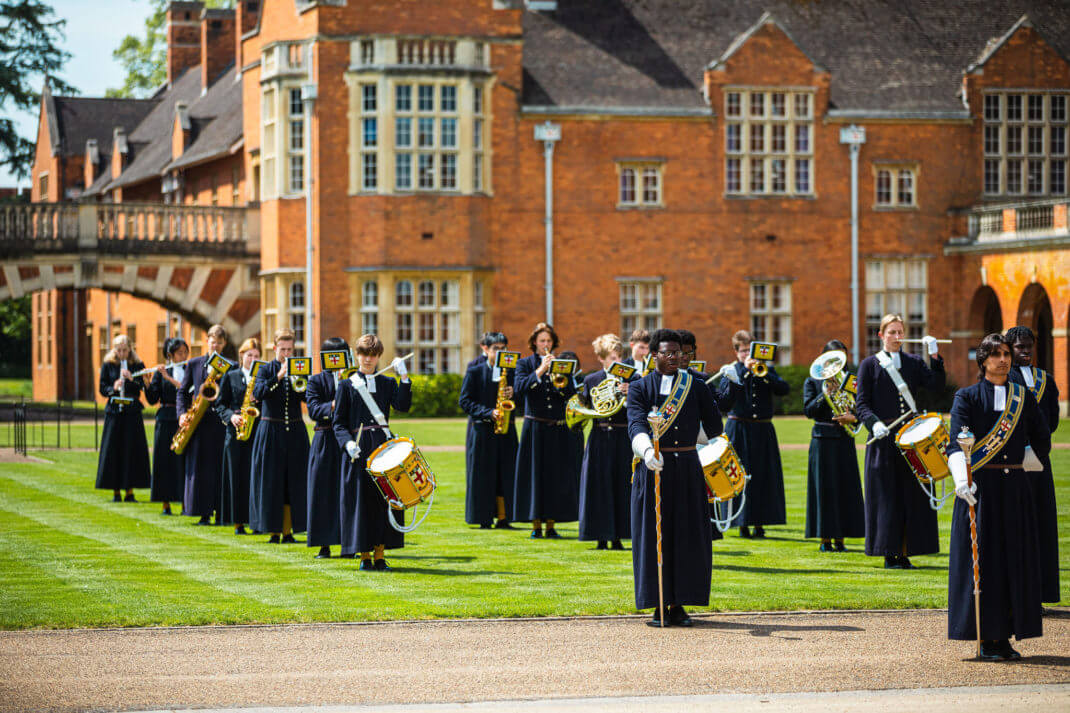 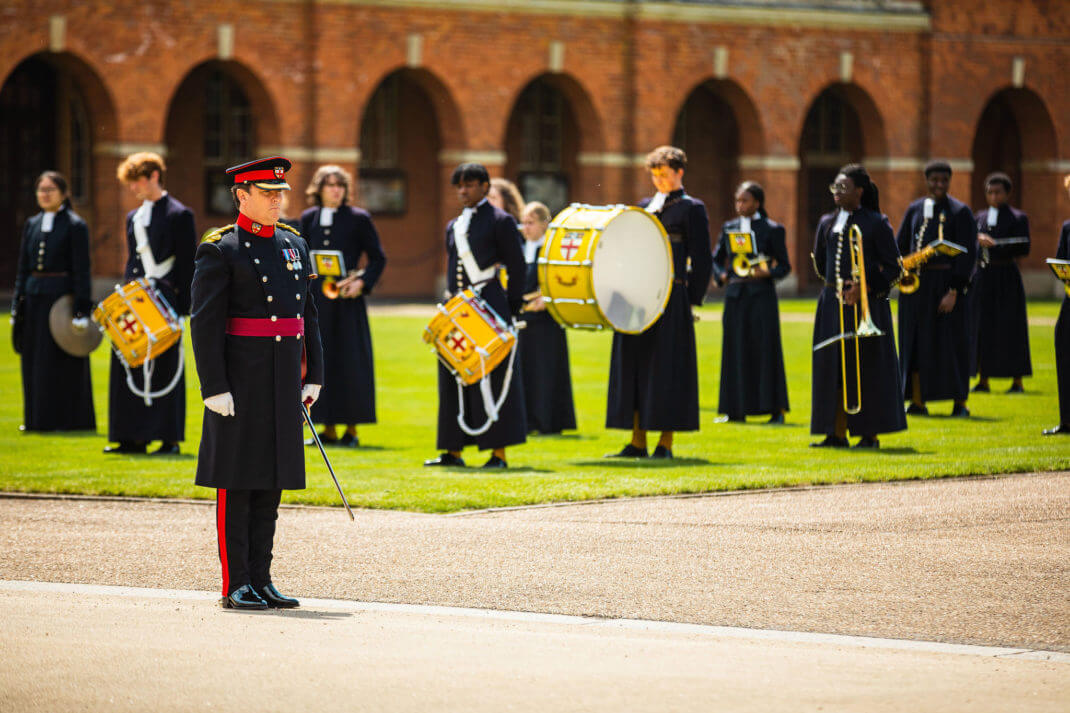 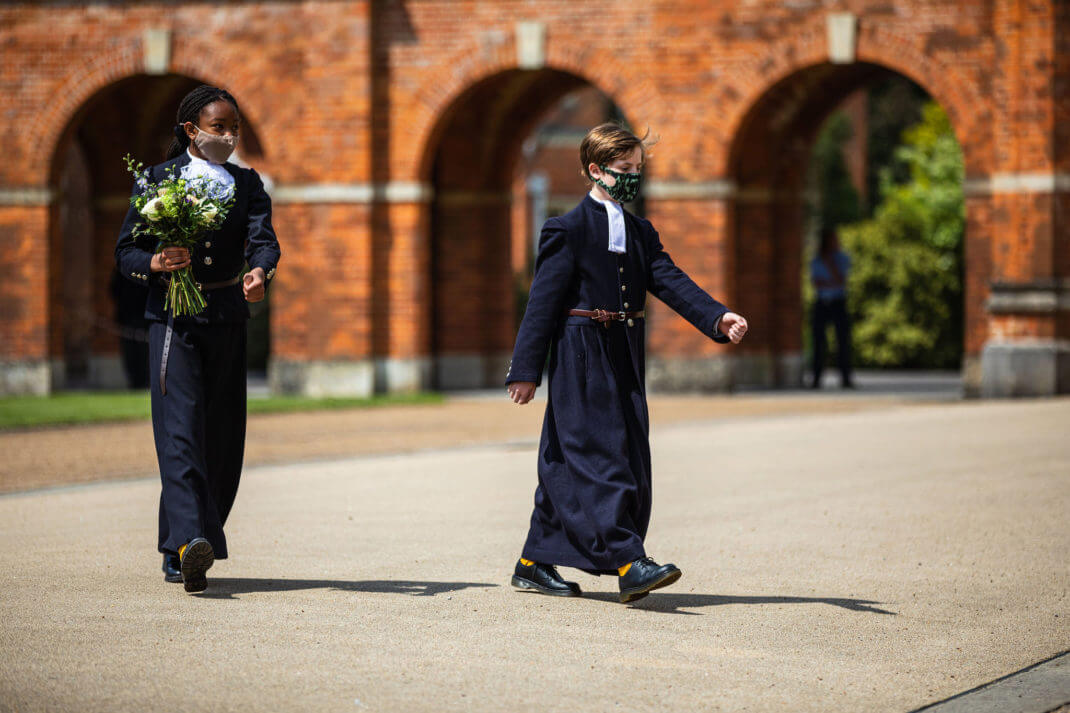 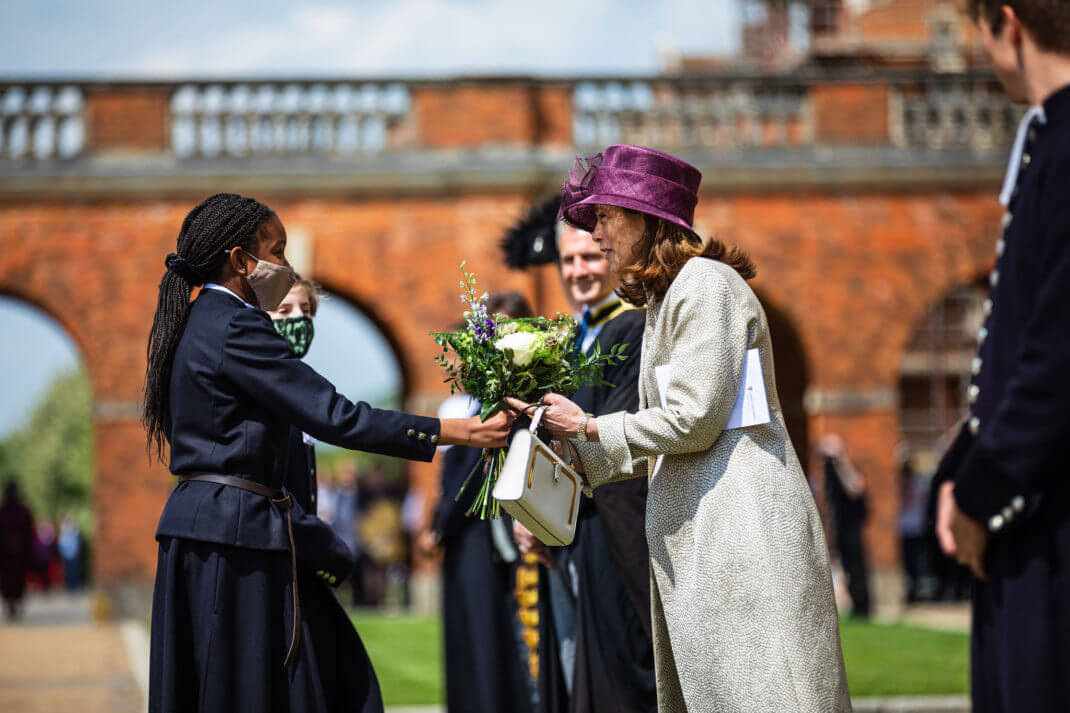 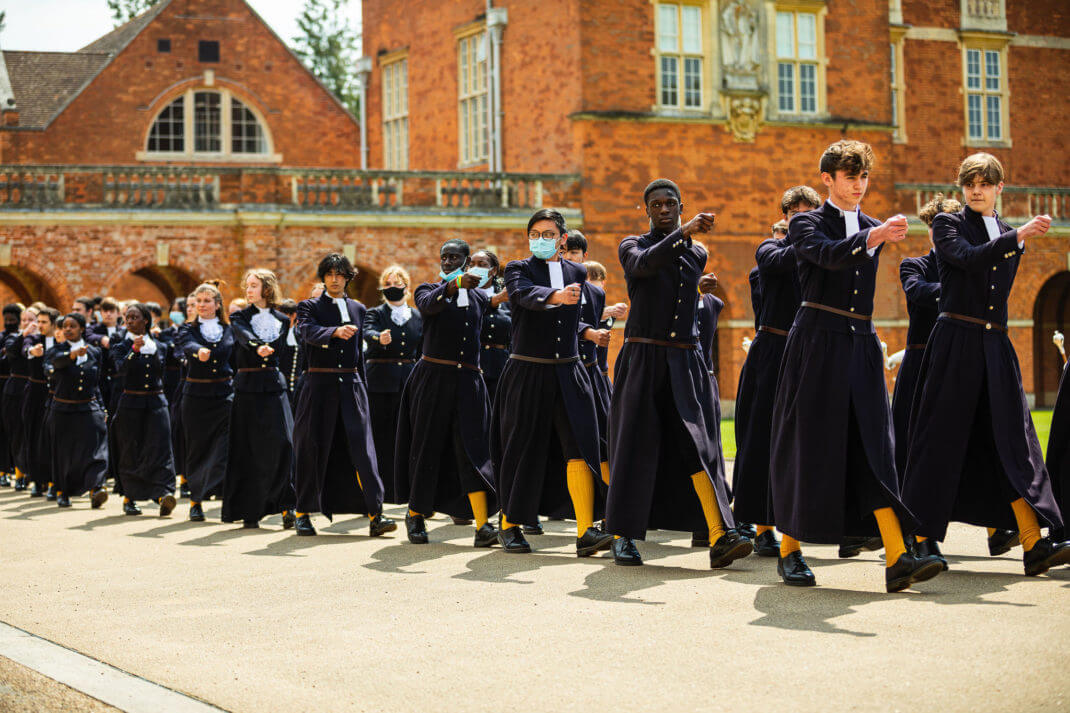 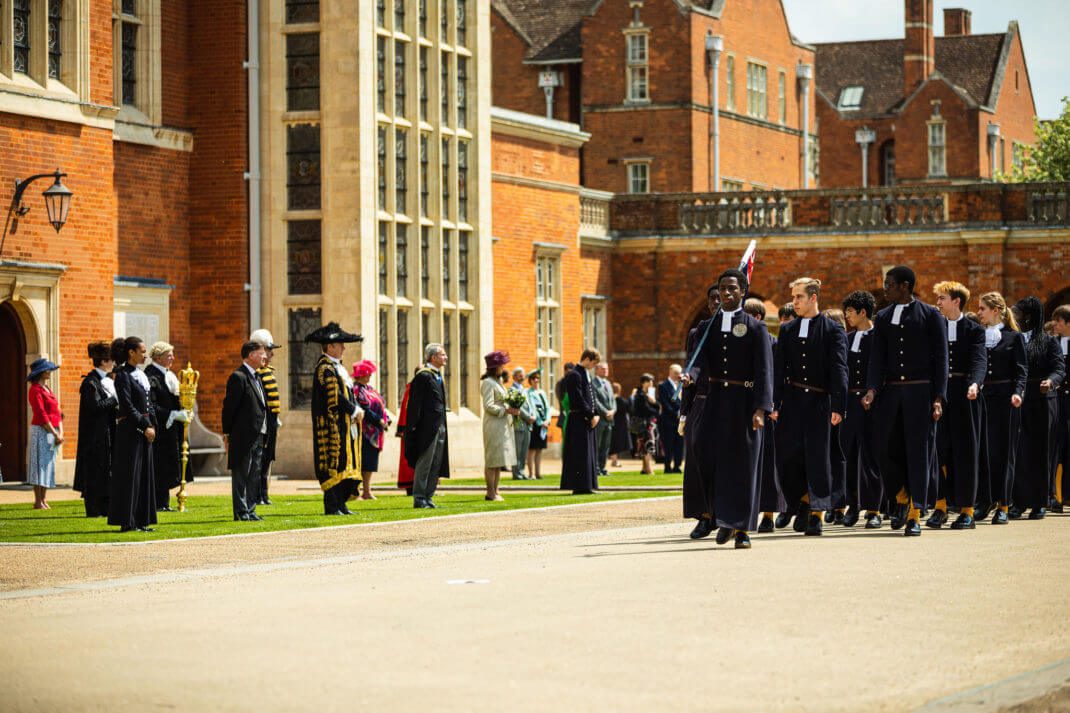 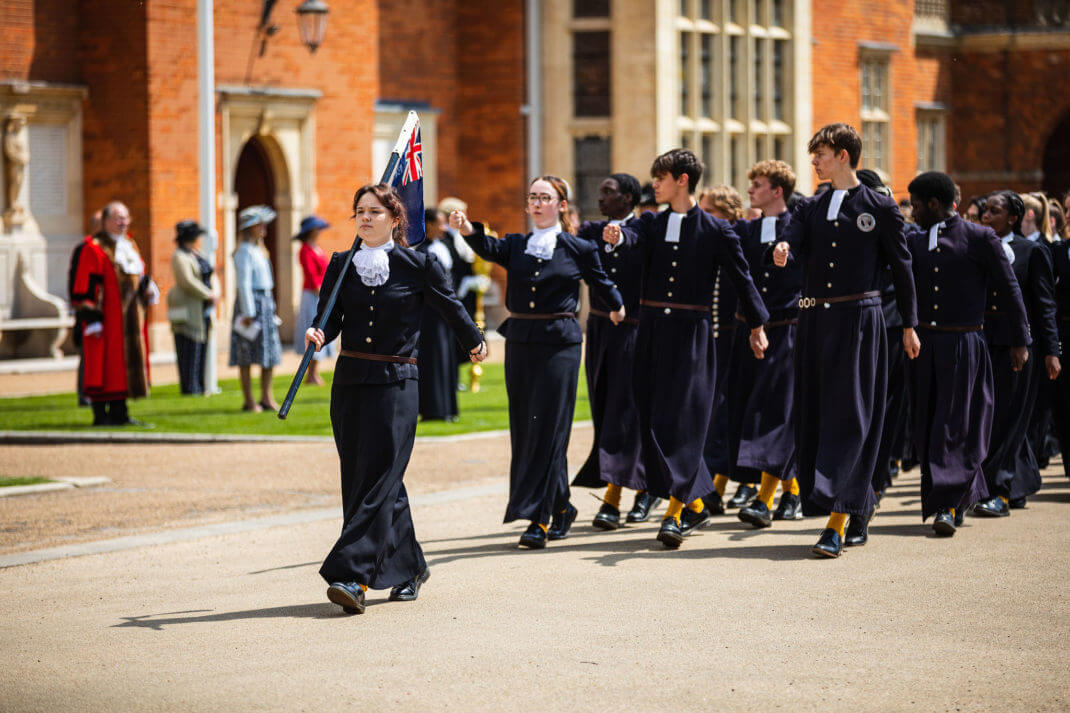 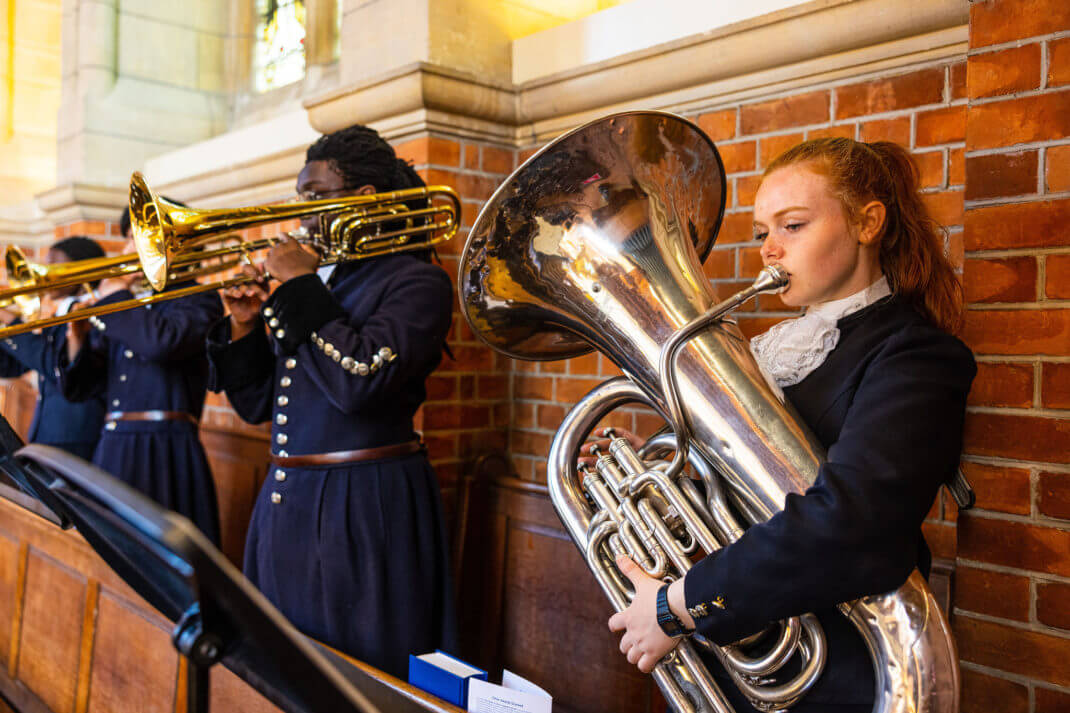 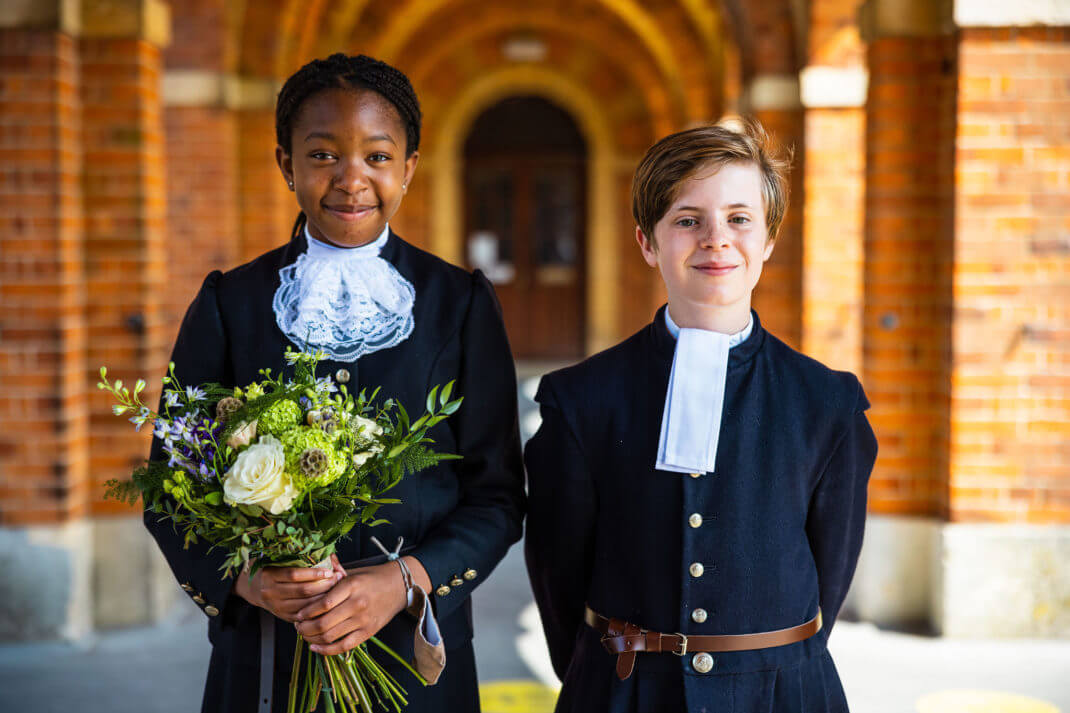 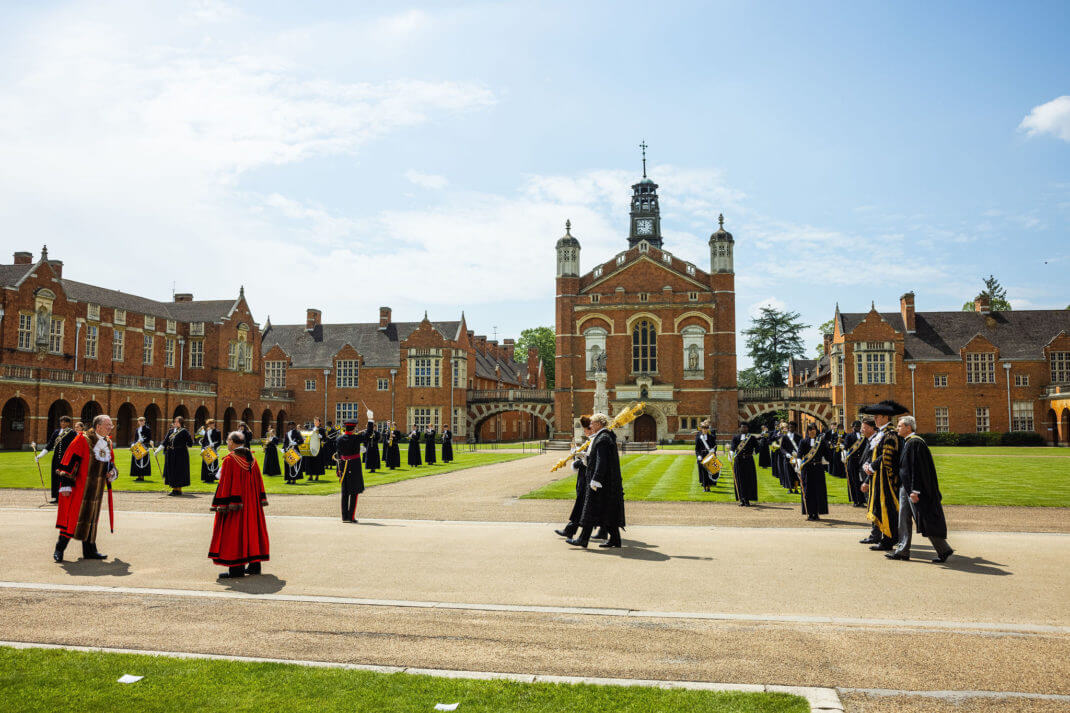 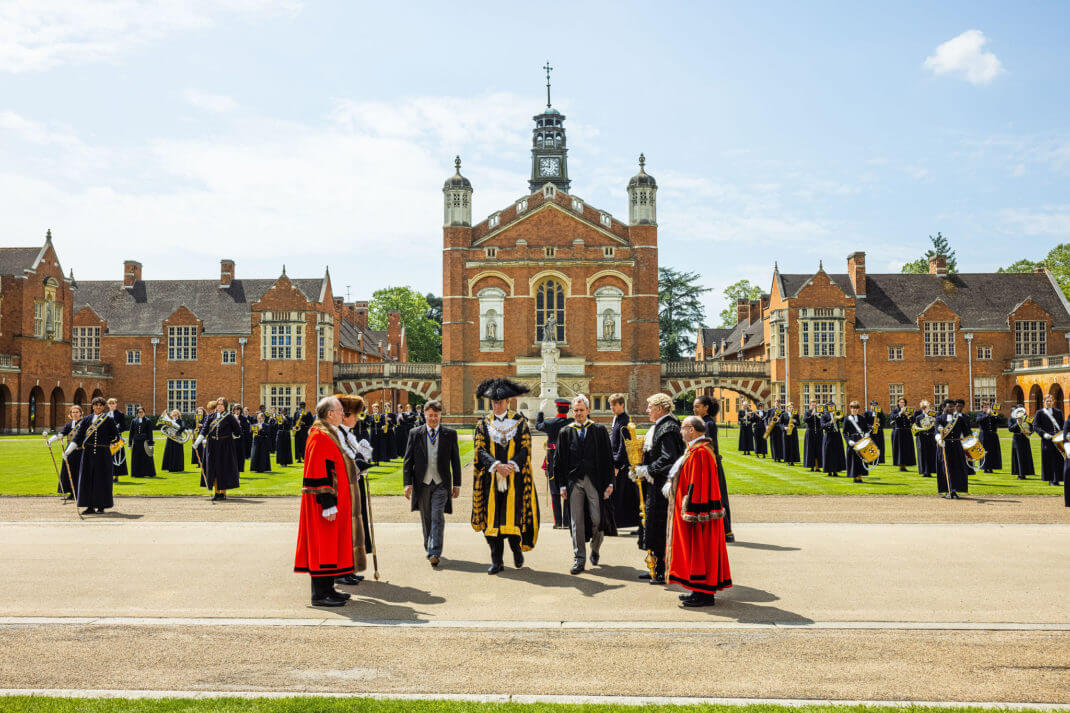 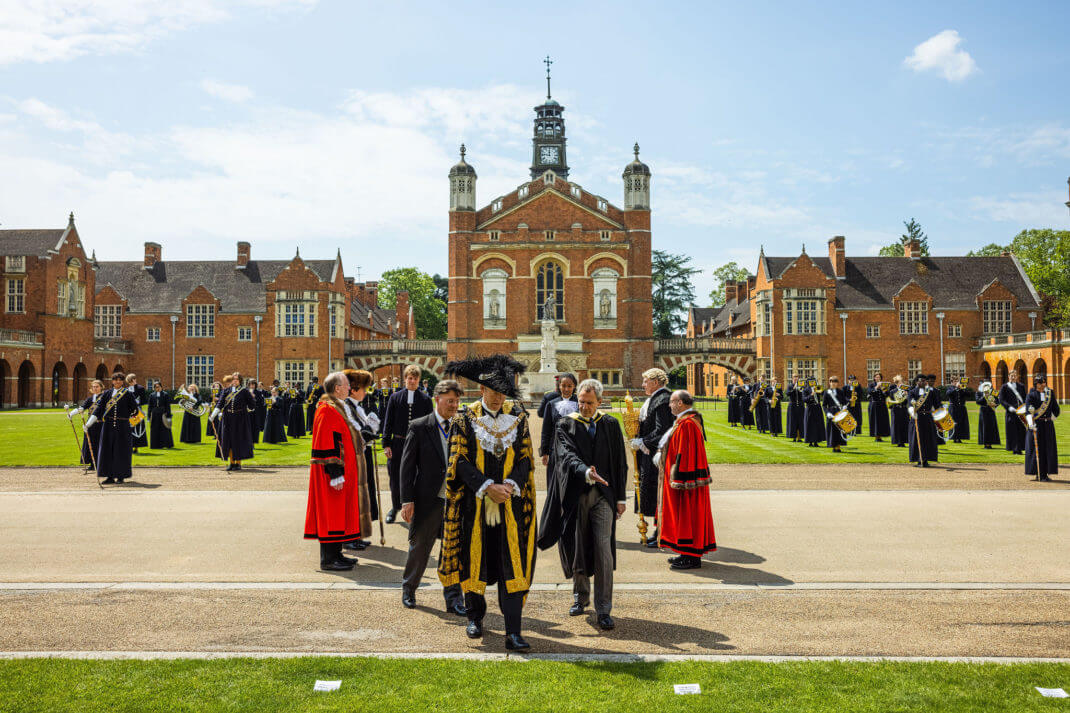 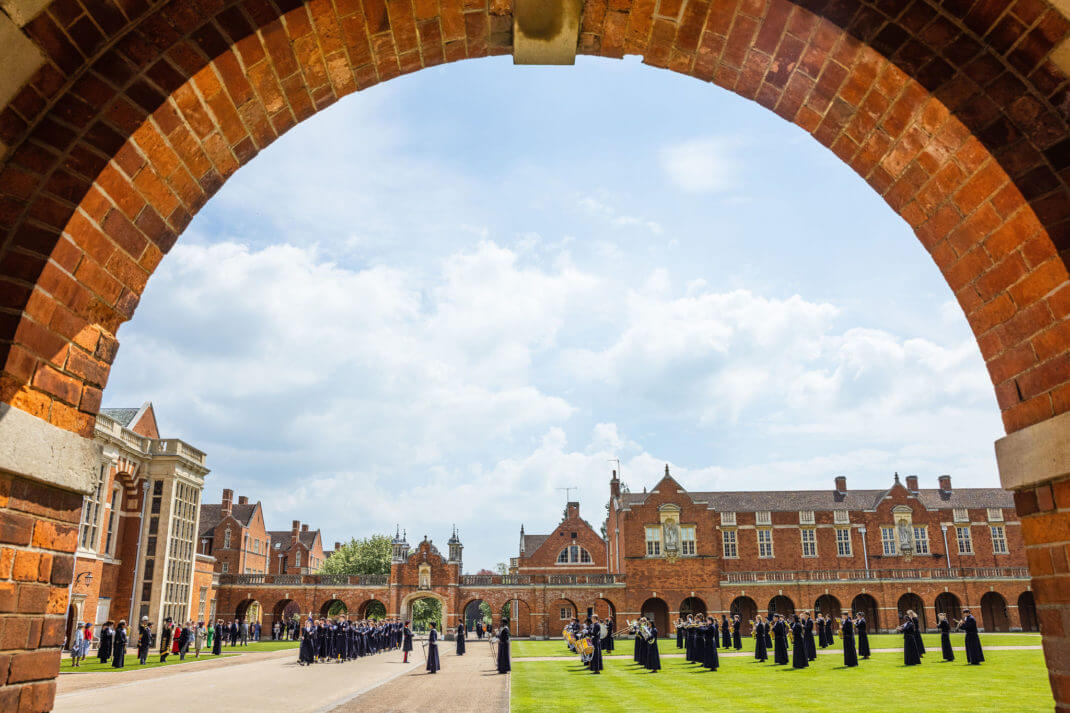 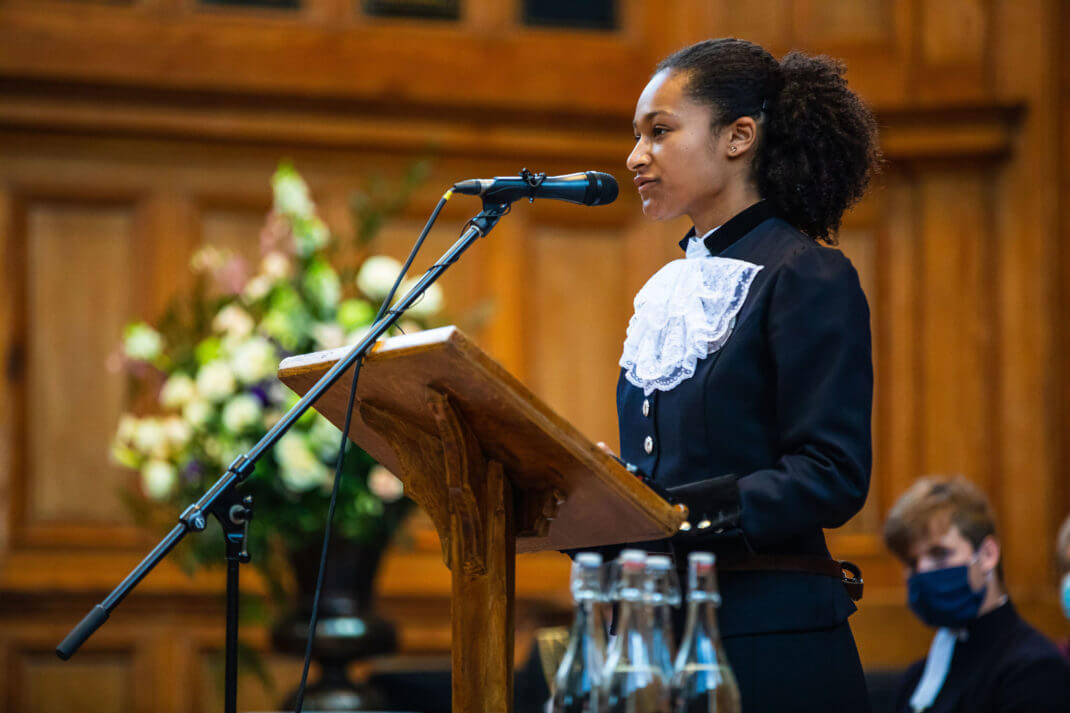 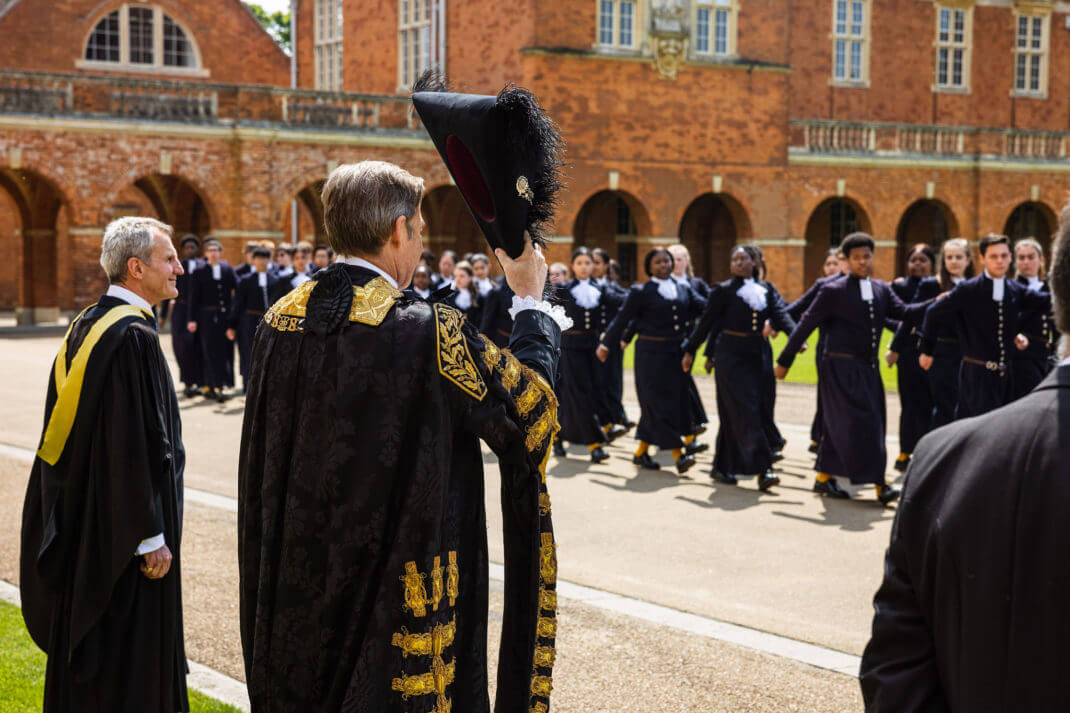 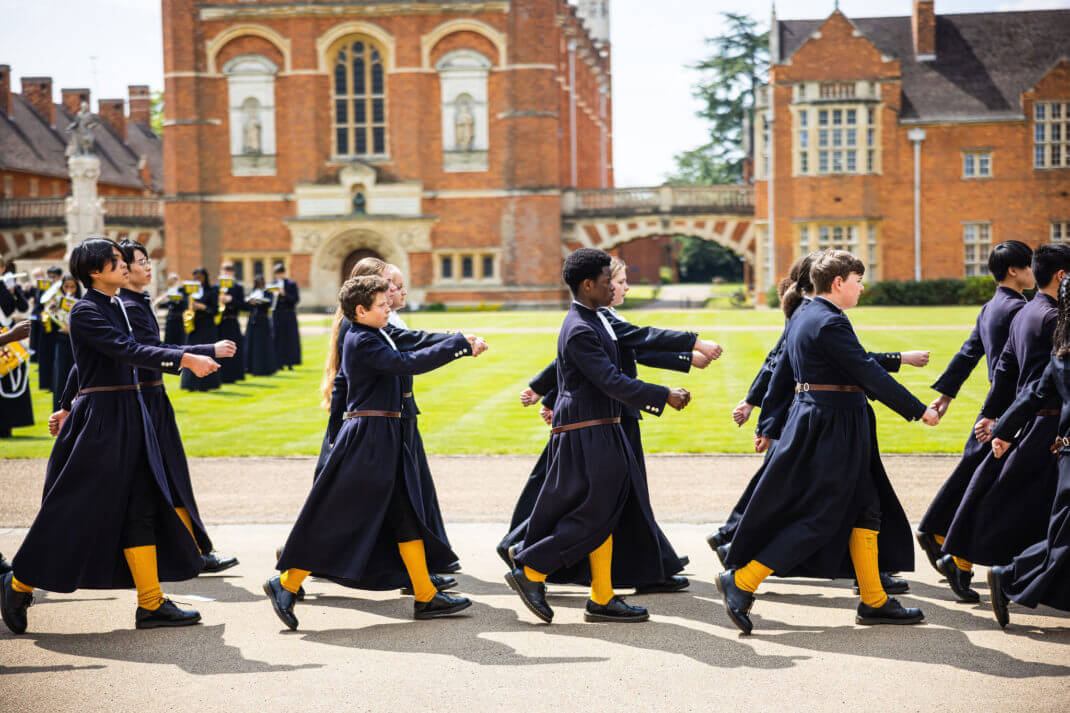 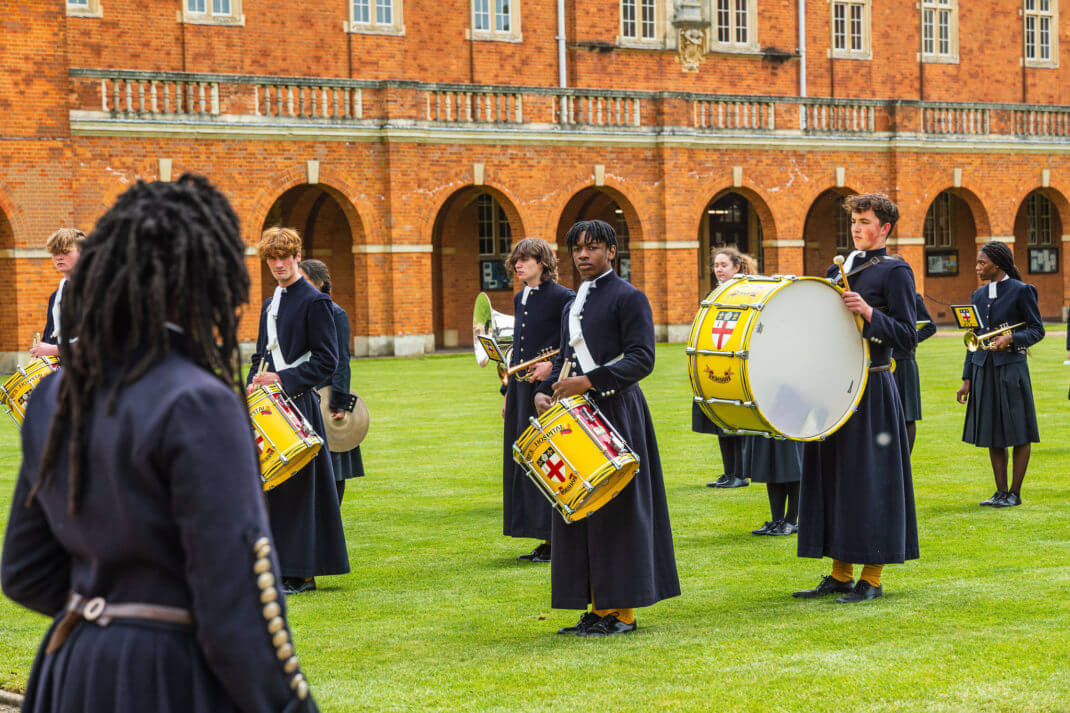