By teaching the Spanish language, we aim to develop a thirst for knowledge 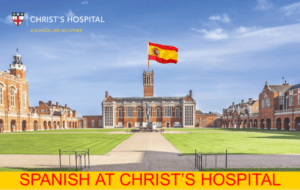 and passion for culture, language, people and travel in Spain and Latin America. There are more than 450 million speakers of Spanish worldwide in more than 20 countries. In addition, 75 million speak Spanish as their second language and it is growing rapidly in the United States. It is the second most spoken native language in the world, therefore a skill that pupils will find invaluable in the future.  Spanish is a language that employers will value in the workplace. It also offers enriching travel opportunities and the chance to discover a diverse range of fascinating cultures.

Spanish at Christ’s Hospital is one of the most popular optional subjects and many pupils develop into top class linguists.  The CIE IGCSE course is fun, dynamic and practical. We make use of up-to-date materials and technology. Pupils of all ages are encouraged to work independently at school and at home to develop their language skills.  Pupils in GE, DG & GR (Years 11, 12 and 13) attend extra conversation classes with our native Spanish Language Assistant. Additional support is available beyond the timetable to support pupils striving to establish the foundations of language learning.

Many pupils that take IGCSE Spanish tend to carry on at A Level, and in recent years more than half then decide to carry on with Spanish as part of their university degree courses. Bespoke programmes are also organised for the 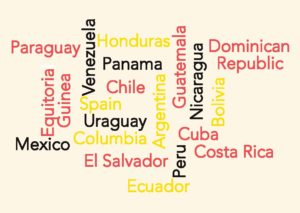 most ambitious pupils that wish to go beyond A level, read languages at university or apply to Oxbridge.

Each year we welcome a Spanish Language Assistant, who runs weekly tutorials in small groups to help pupils prepare for their speaking exams and also helps the younger pupils as they start their Spanish studies.

We aim to offer a Spanish trip every year. We have been to Alcalá de Henares and are planning to establish a new link in Asturias. This is an integral part of the language learning process and a fascinating opportunity.  Pupils combine lessons taught by native speakers with cultural excursions and activities.  From architecture and history, to dancing, music and tapas – the pupils’ enthusiasm for all things Spanish gathers momentum on returning from a Spanish trip.

On World Values Day, 15 October 2020,  pupils attending Spanish lessons paused to consider the values that are most important to us in the CH community and as individuals. Respeto, Generosidad, Igualdad, Justicia and Amabilidad  were discussed and presented. Pupils took time to consider not only the values that really matter, but also the actions we take each day in order to live by the values we believe in. Pupils are enjoying developing their intercultural awareness and internationalism while learning Spanish. 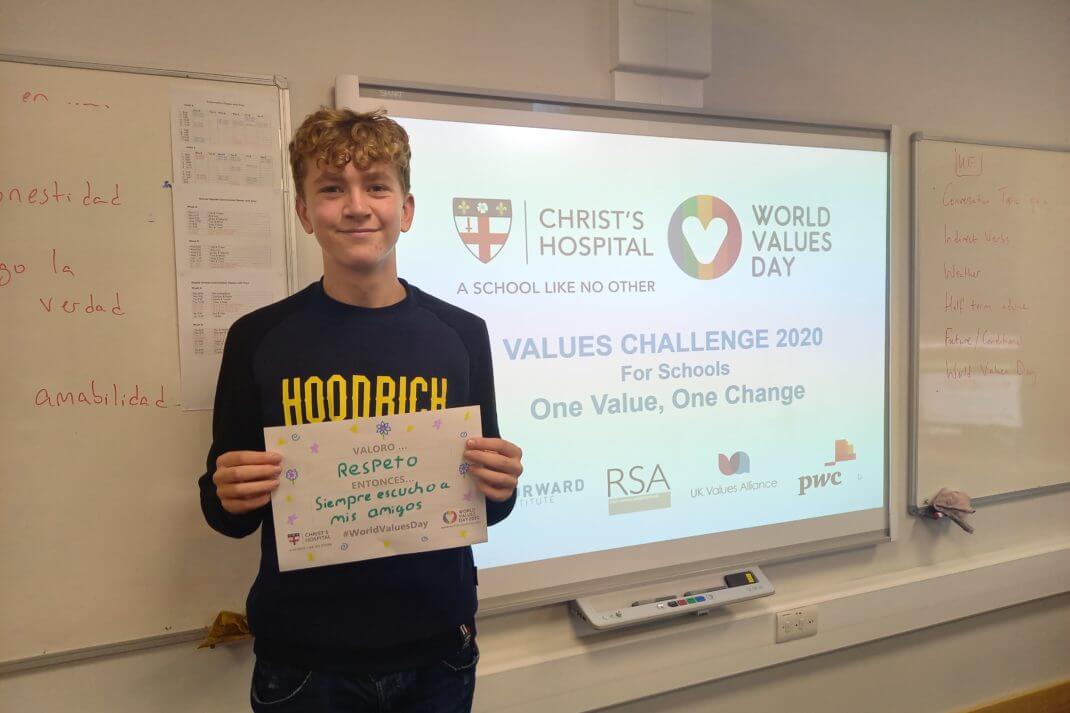 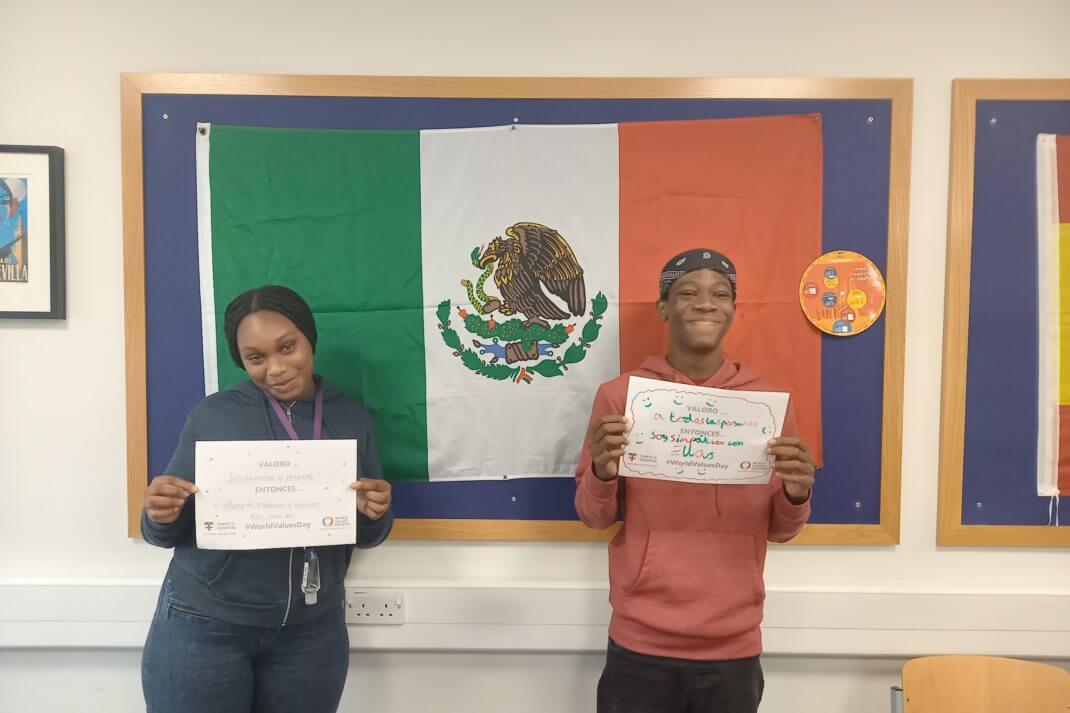 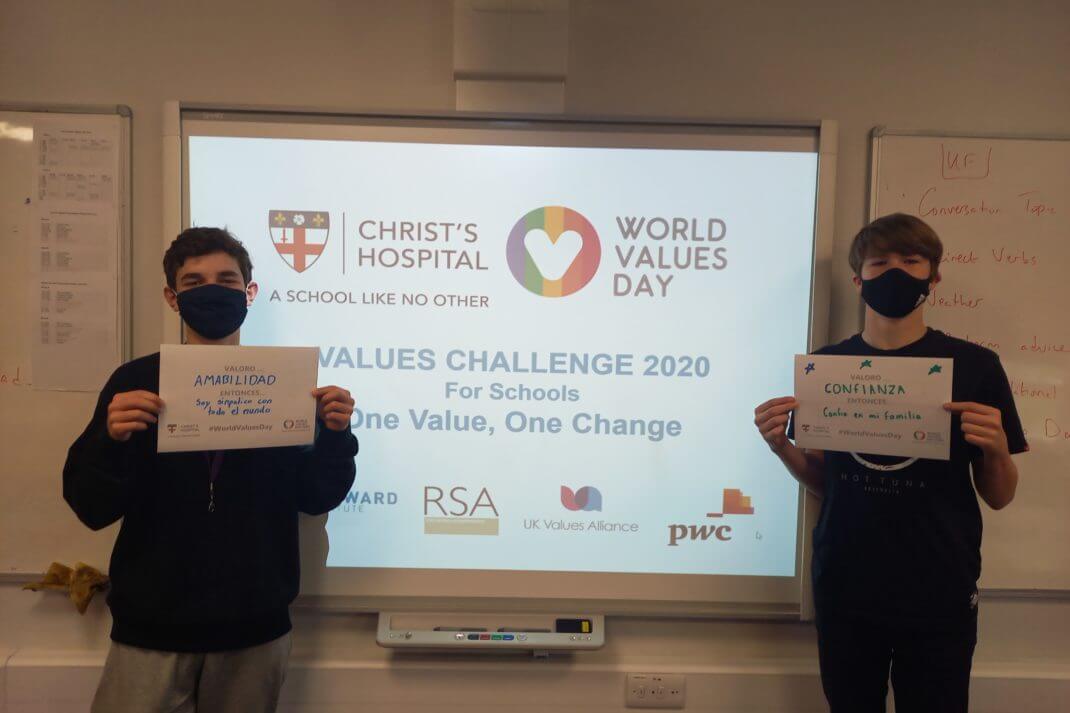 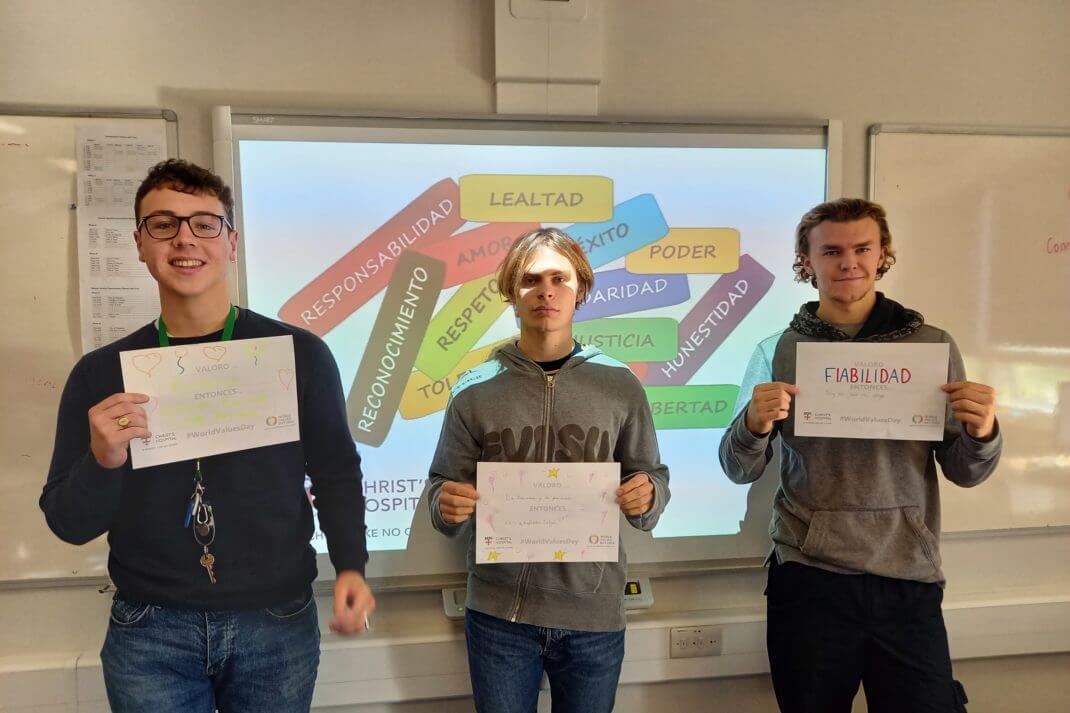 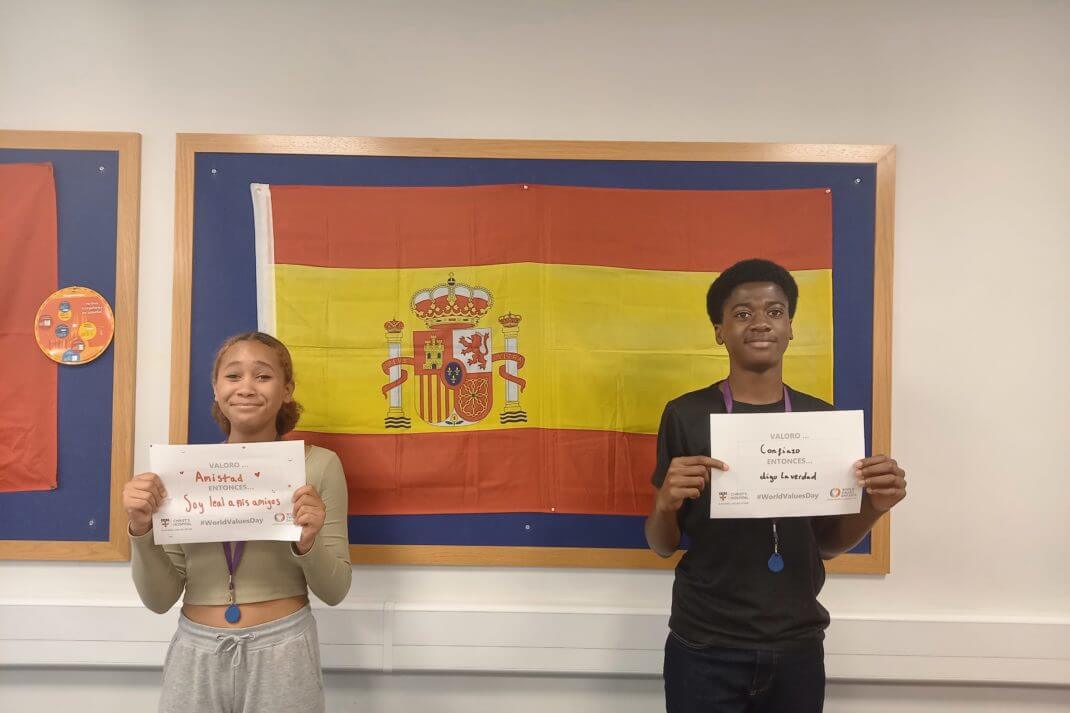 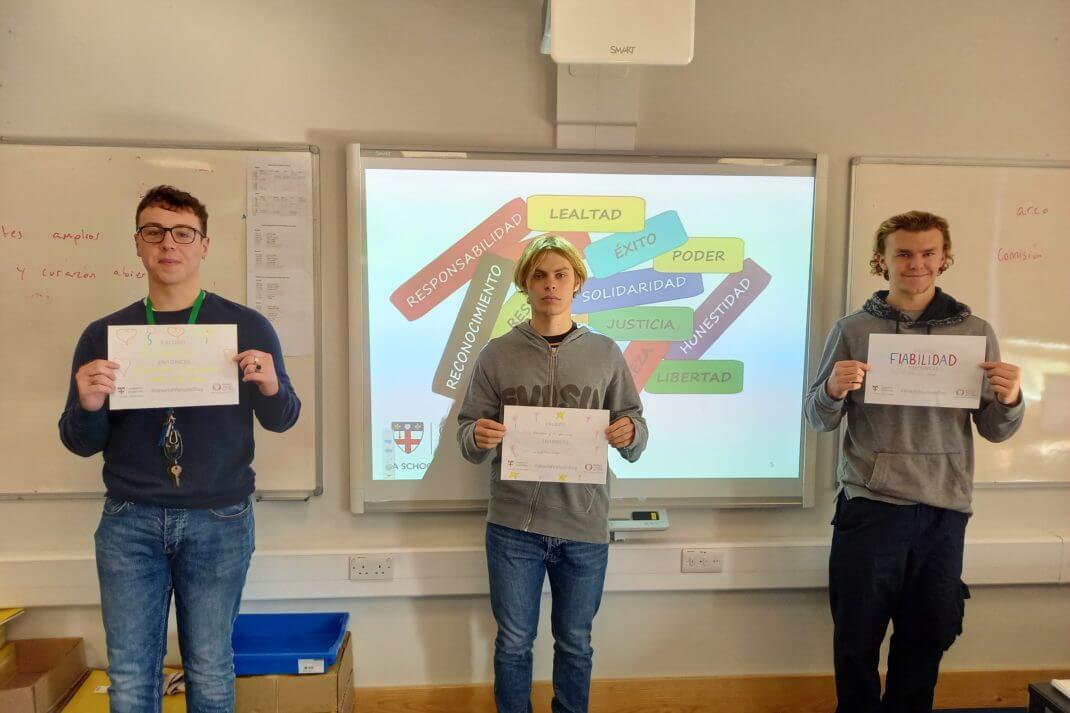 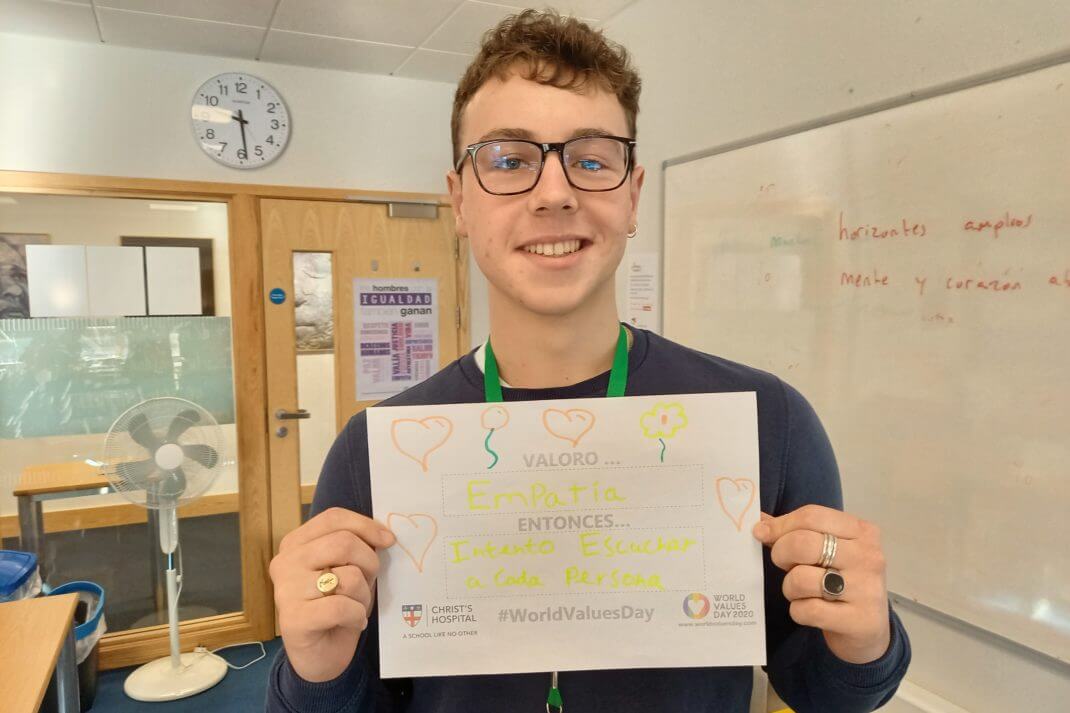 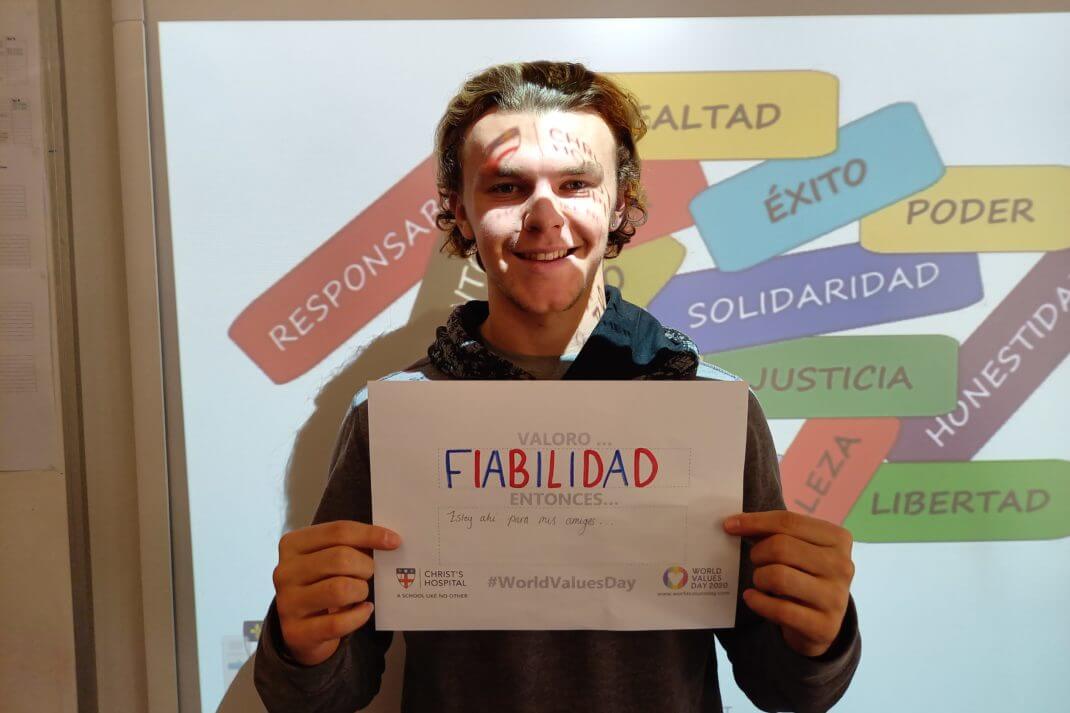 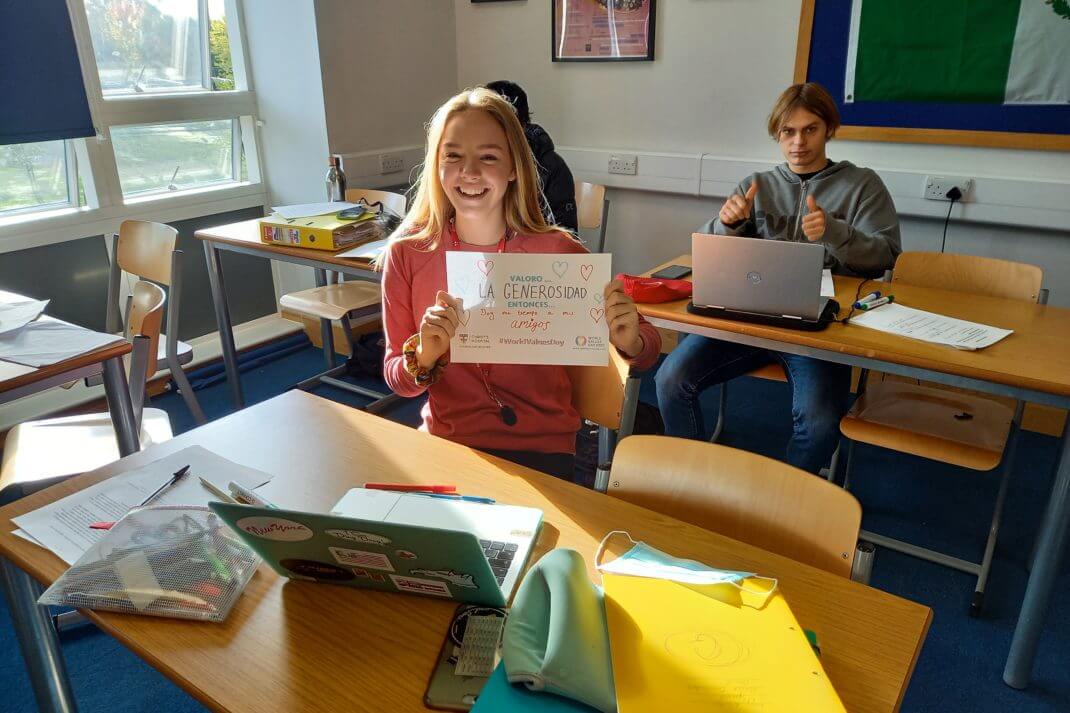 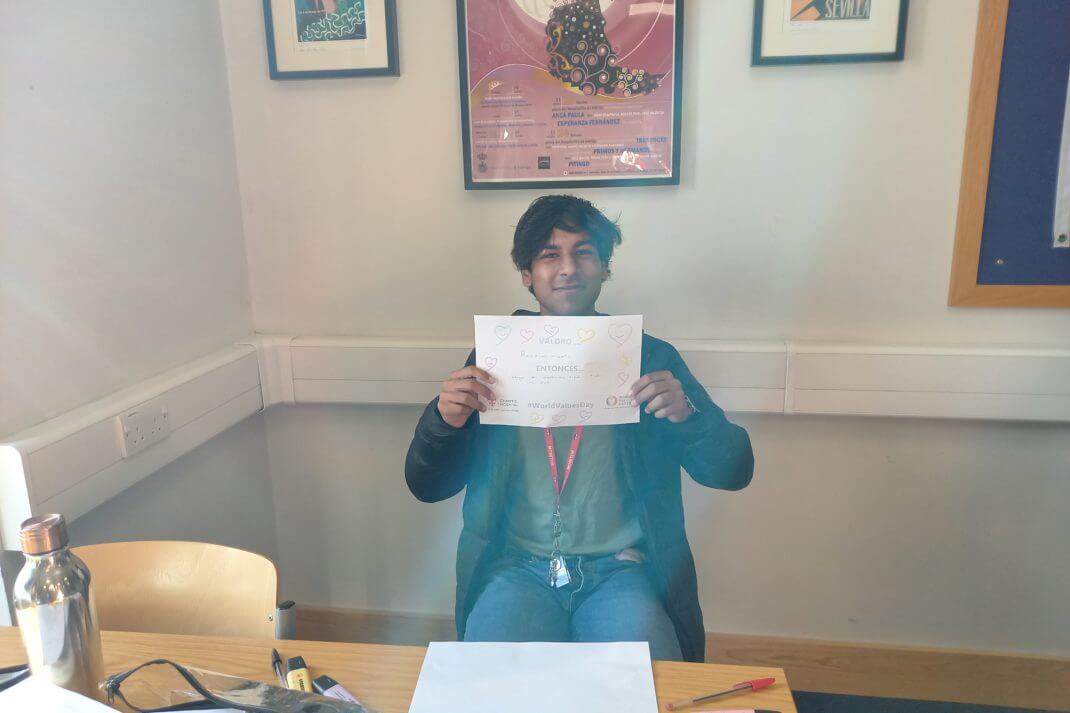 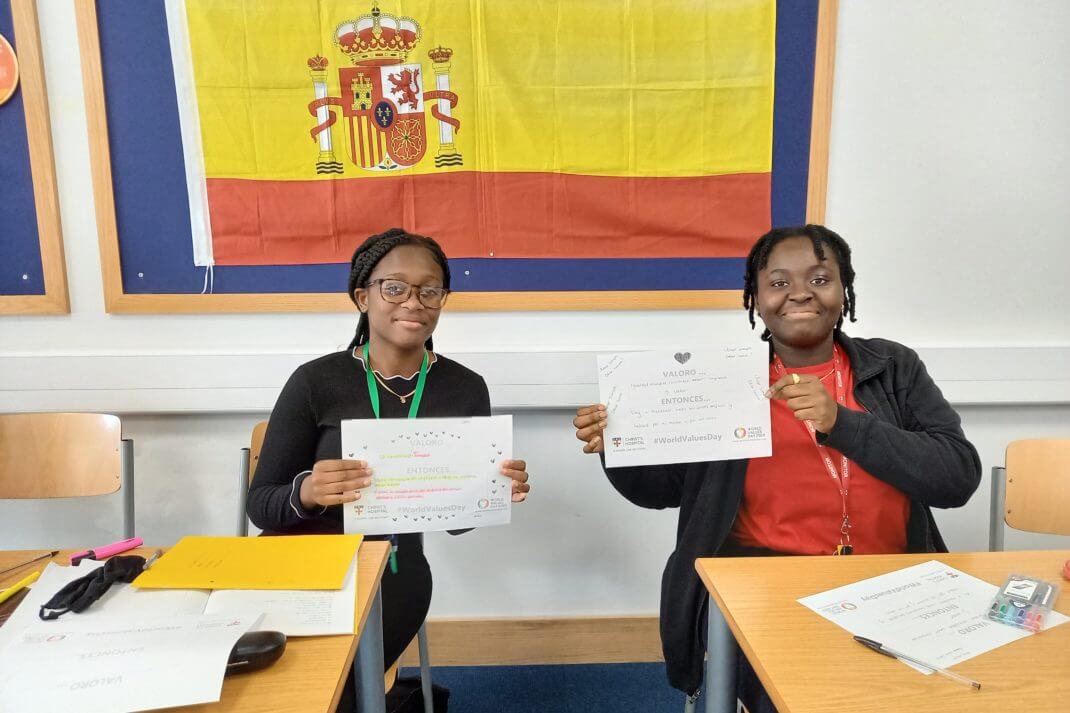 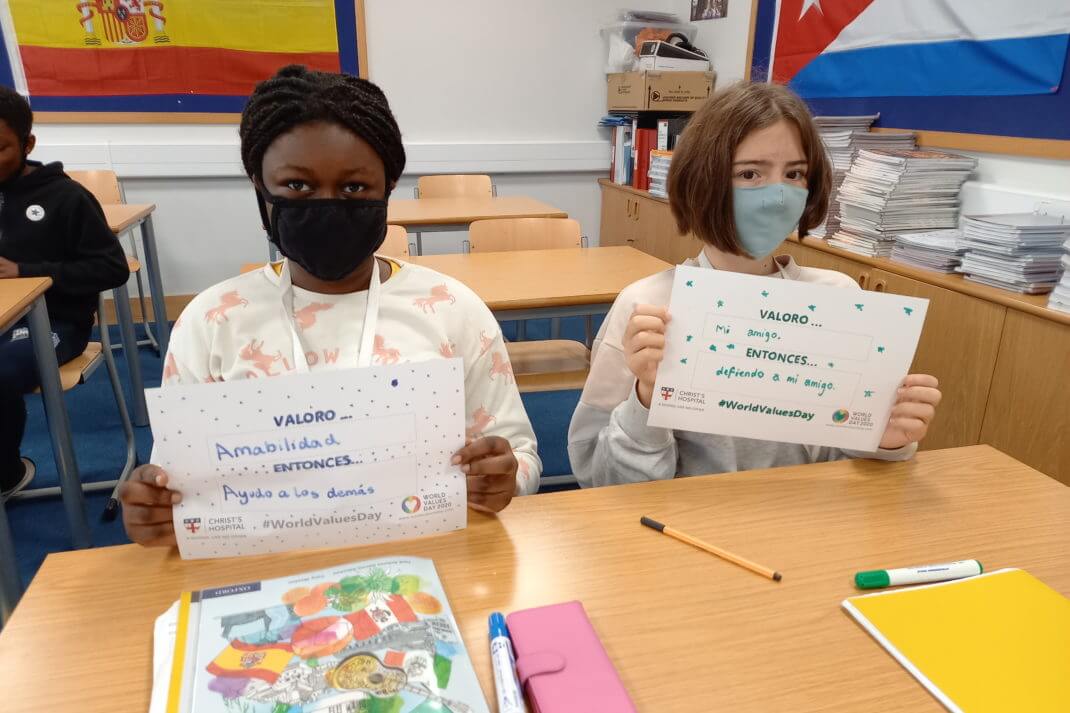 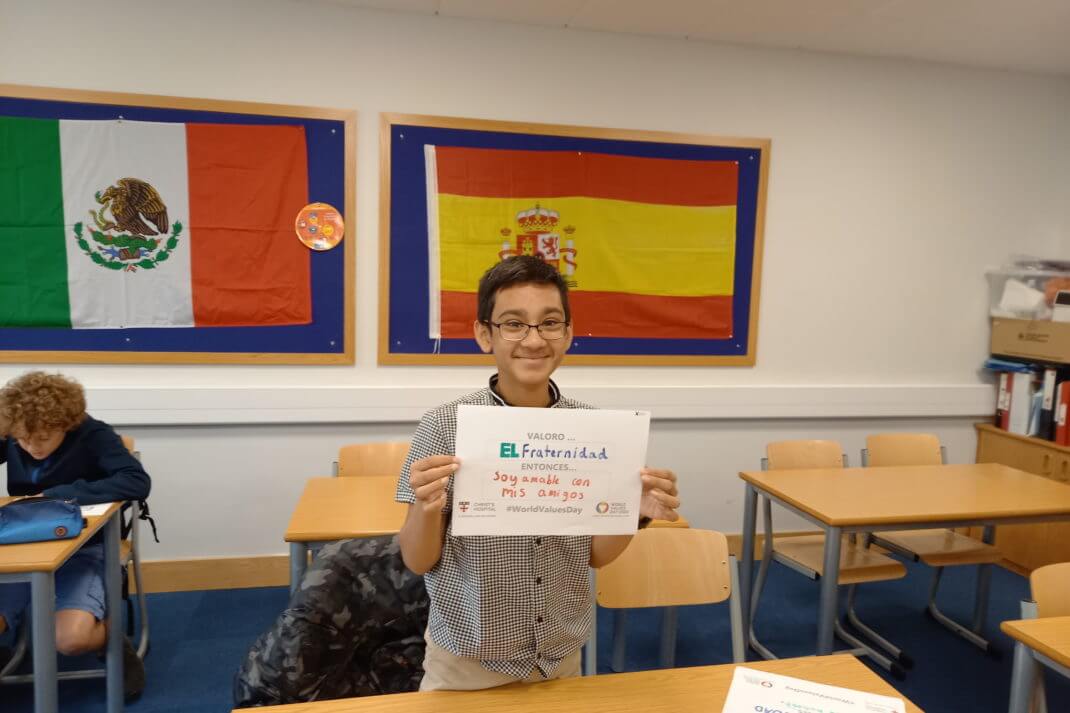 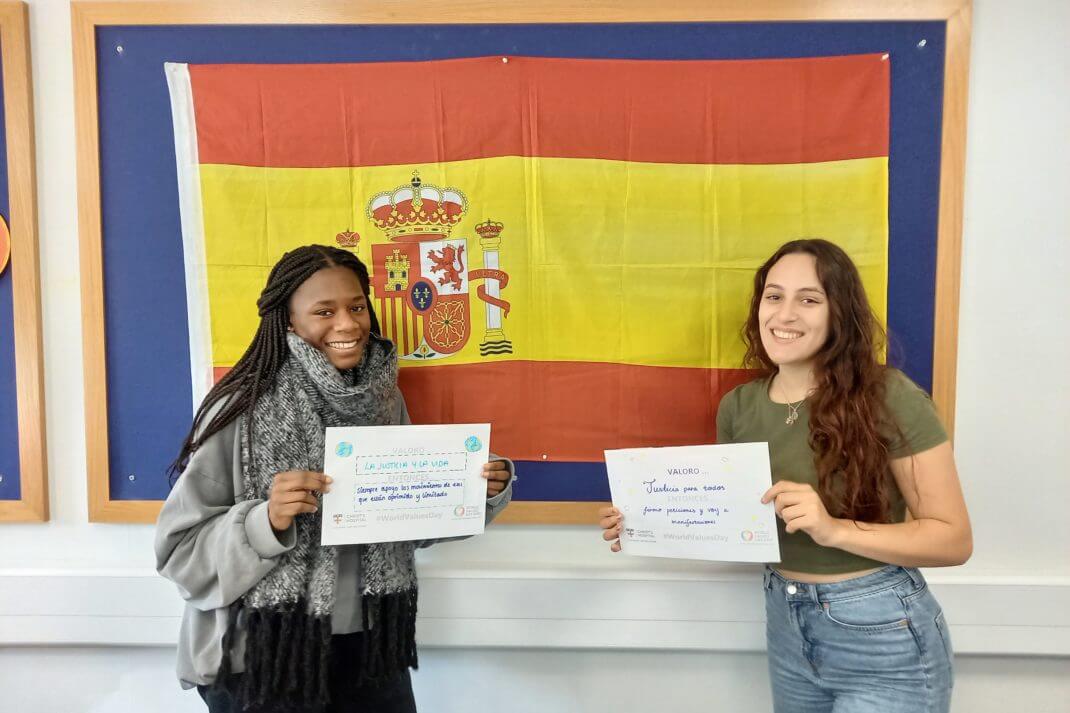 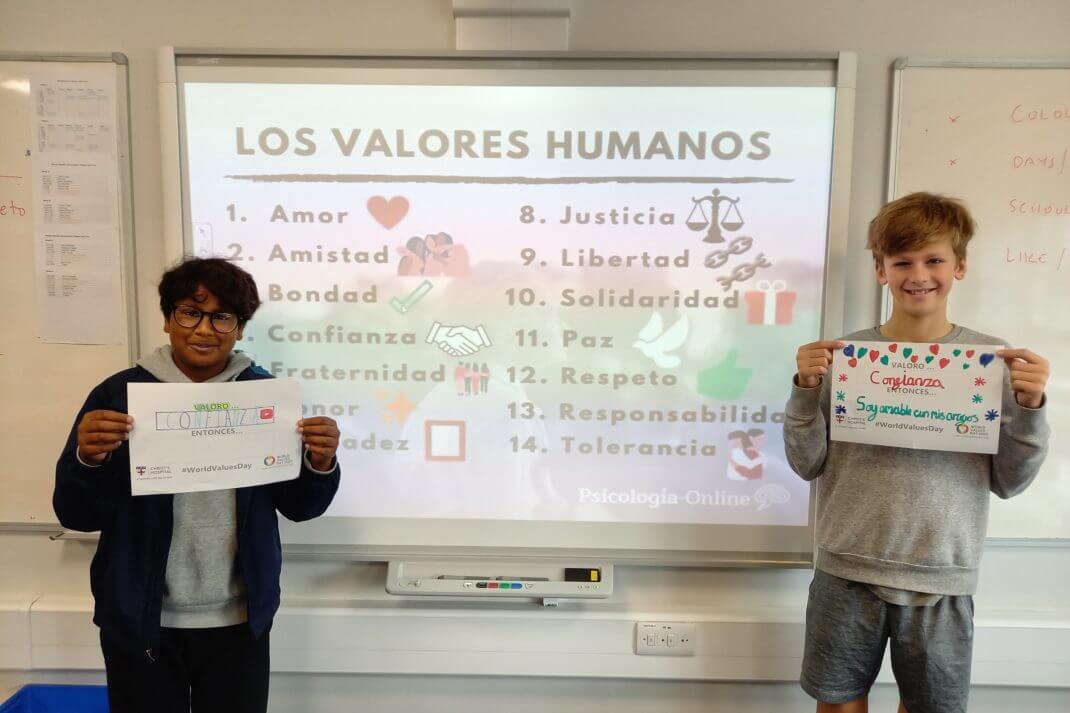 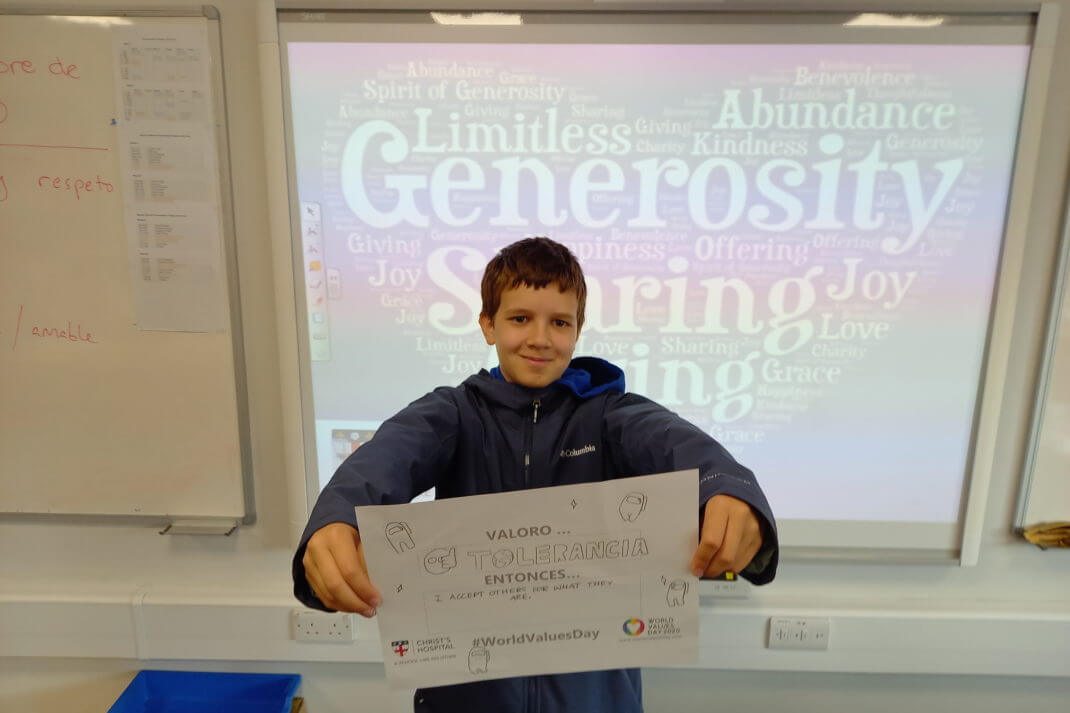 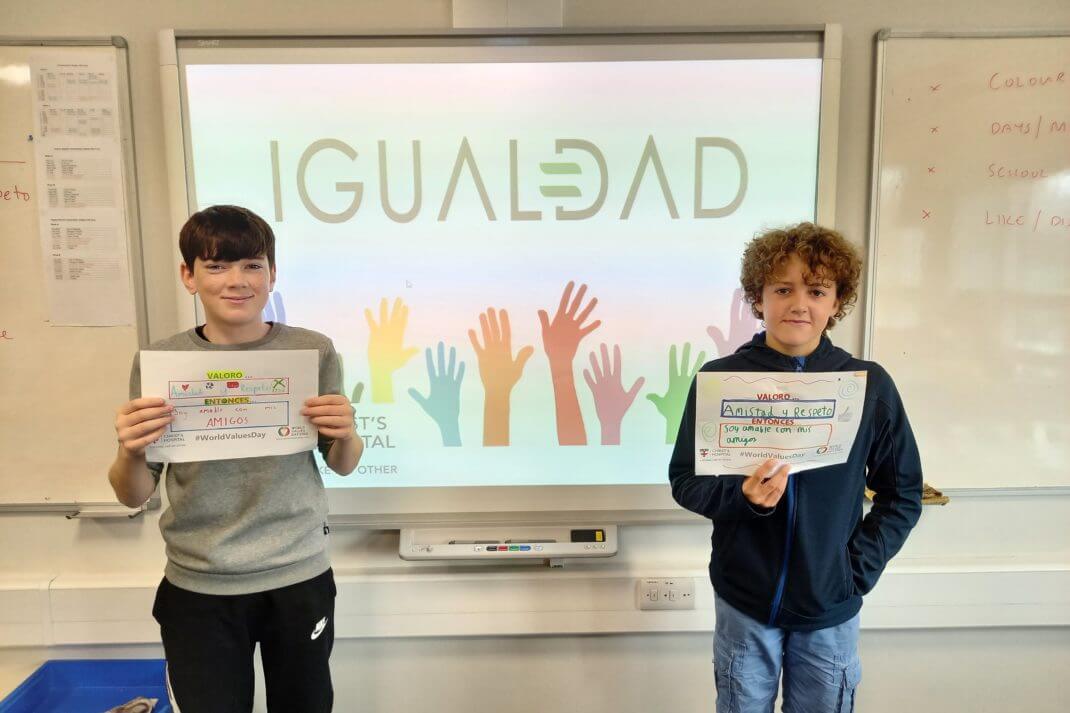 This year’s recipients of The García Lorca Prize in Spanish are Year 12 pupils Chelsea and Maddie. This prize entitles them to an all-inclusive study week in Spain. Congratulations! It is awarded by the DICE Salamanca school in recognition for their dedication, enthusiasm and creativity in the subject. They were selected amongst many other candidates from schools in the UK. We hope they make the most of this opportunity and continue enjoying Spanish beyond the classroom!

On  5 June 2019, 30 LE (Year 9) CH Spanish pupils were invited to go to Europa Centre in Upminster, to enjoy a        one-day immersion trip. Europa Centre is the UK’s only European Learning Village; a school building has been turned into a village called Villa Guisante. In Villa Guisante, every single room and corner has been thought of and adapted so that the students can walk around at their leisure and pretend that they are the shop assistants, the village chemist and/or a travel agent. On arrival, Maria, a language assistant from Madrid, who accompanied us throughout the day, welcomed us. After a short introduction in the audio-visual room, the group was split into four smaller groups to visit the mock village where the role-play activities and the games would take place. Our Learning Package included the opportunity to access the magical learning village, to make use of the experienced and gifted Language Assistants and take part in a missing person investigation. During the Learning Experience, our CH pupils bought some clothes and dressed up with funky sunglasses and feather boas; broadcasted a radio programme from the local radio station; bought drinks and Spanish cakes at the coffee shop; sold and bought cinema tickets and were interviewed at the airport by one of the language assistants. Everything in Spanish! It was a fun day out for the Spanish department that culminated with the investigation of a robbery at the fruit shop – a live version of the game Guess Who, but on a large scale.

The annual Spanish Debating Competition serves as the best prelude for the National competition next year at Latymer Upper School. This June, five Deps (Year 12 pupils) were able to debate on very complex topics such as the use of mobile phones in schools, the need to learn languages in 6th form and gender equalities in team sports. The ability to do this in a second language is quite remarkable, so well done to everyone who took part! Gus showed fantastic research skills, Chelsea and Amber defended their views very eloquently and both Andre and Maddie showed an outstanding level of language and debating skills. Maddie came in second place, whilst Andre took the wining title with only one point difference between them. Congratulations!

The annual Short Story Competition for the GE (Year 11) took place in May, in preparation for the final exams, so the level was very high. However, two pupils stood out above the rest with their excellent writing and storytelling skills: Manon Howard, with the first prize, and Travis Suckling as the runner up. They are about to become the leaders of the department into the 6th form and the prospects are very promising. They are already fluent before year 12! Congratulations!

This Easter the Spanish Department took 30 junior pupils to the mountains in the middle of Spain. While on the coach staring at the sun down from remote roads up the hill, pupils might have been wondering what in the world is a Spanish trip far from the coast (!?). Well, all doubts dissipated when they arrived at the villa with astounding views of the snowy mountains. It was a delightful retreat after a stressful term.

With a full immersion approach from the school, the pupils enjoyed the morning and afternoon activities practising Spanish with very relaxed timings for meals, which were the highlight of the trip. They had the opportunity to try proper Spanish homemade food for three meals a day. They even cooked their own “tortilla de patatas”, which they enjoyed afterwards. It was delicious!

The activities were varied, healthy and enriching and they were all accompanied by language lessons. They enjoyed a cooking and a t-shirt painting workshop, they created their own TV show, they competed in a treasure hunt and they climbed up the trees in a rope park after a nice walk in the woods. There was also time for a cultural visit to Salamanca, Ávila and a nice walk around Madrid.

A proper holiday in Spain for the memories, thanks mainly to this lovely group of people.