Amy and the Impact of Christ’s Hospital 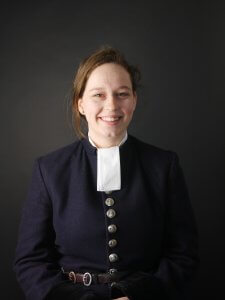 For me, Christ’s Hospital is unique because the people come from all backgrounds, which means we recognise how lucky we are to be at an amazing school like CH; because of that the environment is inclusive and welcoming. People throw themselves into life at CH, making it a bustling and busy community. The many opportunities I’ve had – marching through the streets of London, getting a 50p from the Lord Mayor to wearing a Tudor uniform everyday – are just some of the unique things I will hold onto for the rest of my life!

It’s a bit cliché but CH is so much more than just an education! I’ve been able to come out with an amazing education that I don’t think I would have received without the support and bursaries of CH. Outside of that, the opportunities I’ve gained have made me have an all-rounded person. These range from playing sports for the School, to marching with the School Band London for the Lord Mayor, leadership in the CCF, to furthering my art in the amazing facilities. On top of all this, the boarding environment has meant I have grown up with friends who I know I will continue to have even after leaving CH. They have been there for my highs and lows throughout seven years at the School and that bond will continue as we step into the outside world.

A stand-out achievement from my time at CH has to be getting into the Band. The minute I did my first lunch parade I felt overwhelmed with a feeling of pride – even if I couldn’t immediately march and play at the same time! Due to the Band I’ve been part of so many special engagements, like the annual Lord Mayors Show and Beating Retreat, and the 100 years centenary on Remembrance Day – I really felt part of CH history. Secondly, being picked to go on the Baltimore Exchange was a huge achievement for me. Going to Baltimore, I gained a new sense of independence and confidence in myself, as I adapted to four weeks in an American school and making bonds across the Atlantic which I still hold. Thirdly, becoming a Monitor was a great achievement. It was a position that I had always looked up to as I progressed through the School. So, actually being handed the cuffs was a special moment – knowing the younger pupils would now look to me as the head of the School and that I was able to give back to the School I owed so much to.

The boarding environment at CH has means you get a closer connection with everyone. The tutors in house are always there for you and the teachers are always on call to help. I do Art, so I was always in Art School working away, with lessons and Art preps in the evening. The teachers offered support not just academically but got to know me more as a person as they saw so much of me! They were able to help and guide me during some tough times around my future choices after CH.

CH has helped develop me as a person so I feel ready to go into the outside world. The work and life at CH means you become organised and independent. From day one, I left my parents to become a full time boarder and had to make my bed for the first time! This independence has carried forward, and I feel very confident to go to University and into a job with the skills I have. But besides that, the diverse community of CH means everyone is understanding and tolerant. You learn to read people and get on with people despite differences. This is a skill which I feel is vital and is something every school should have. There is an element of maturity that comes with that, and people leave CH, I feel, as fully-rounded young adults ready to make our marks on the future.

I used to be not very confident, but CH has enabled me to realise my potential and become more self-assured. CH has definitely opened doors for me and I received results I would never have achieved if I wasn’t fortunate enough to come to CH. The teachers had belief in me, which has made me look positively towards the future. I now hope to do a Foundation Course in Art before heading to University. I am still undecided in the exact degree I want to do, or job, but I know with the support network of Old Blues that there will be people to help me.

I used to be not very confident, but CH has enabled me to realise my potential and become more self-assured. CH has definitely opened doors for me and I received results I would never have achieved if I wasn’t fortunate enough to come to CH.
Amy
Request a prospectus
Book an open morning10 September 2022
Apply for a Place
Virtual Tour
Virtual Open Day Overseas Applicants