Fourteen pupils from Second and Third Form (Year 7 & 8) represented Christ’s Hospital at the City of London Schools’ Chess Tournament which was hosted virtually this year. 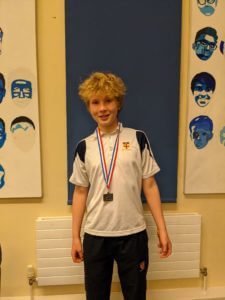 The whole team performed very well, holding their own even against entrants from sixth form colleges. The organisers praised our pupils on not just their skill, but also their high level of engagement and good manners. A number of our competitors were unlucky to miss out on a medal, with Isabella, Harry and Israel putting in excellent performances and finishing the tournament just half a point shy of bronze. However, Max continues to go from strength to strength in his play and scored an outstanding four wins out of five games in this tough field, resulting in him being awarded a silver medal.

Chess has been a wonderful source of additional achievement and challenge during lockdown but we are delighted to have the pupils back in School to face one another over the board!