Pupils and staff at Christ’s Hospital held an atmospheric Remembrance Day ceremony, on Sunday 10 November. The day began with a special Remembrance Service in the School’s Chapel, after which all 900 pupils formed up silently in the Quad to await the Act of Remembrance.

DG (Year 12) pupil Theo played the Last Post on the trumpet and, on the first strike of the clock at 11am, two minutes silence began. Reveille was then played and the Senior Grecian, Second Monitor and Contingent Senior Cadet in Charge laid wreaths against the commemorative plaque on the wall of Dining Hall. Senior Grecian Andre then read the Act of Remembrance:

They shall grow not old, as we that are left grow old:

Age shall not weary them, nor the years condemn.

At the going down of the sun and in the morning

We will remember them.

The Head Teacher, Chaplain and Assistant Chaplain ‘planted’ their poppies in Quad and the rest of the school followed their lead and planted their own poppies, all in complete silence. 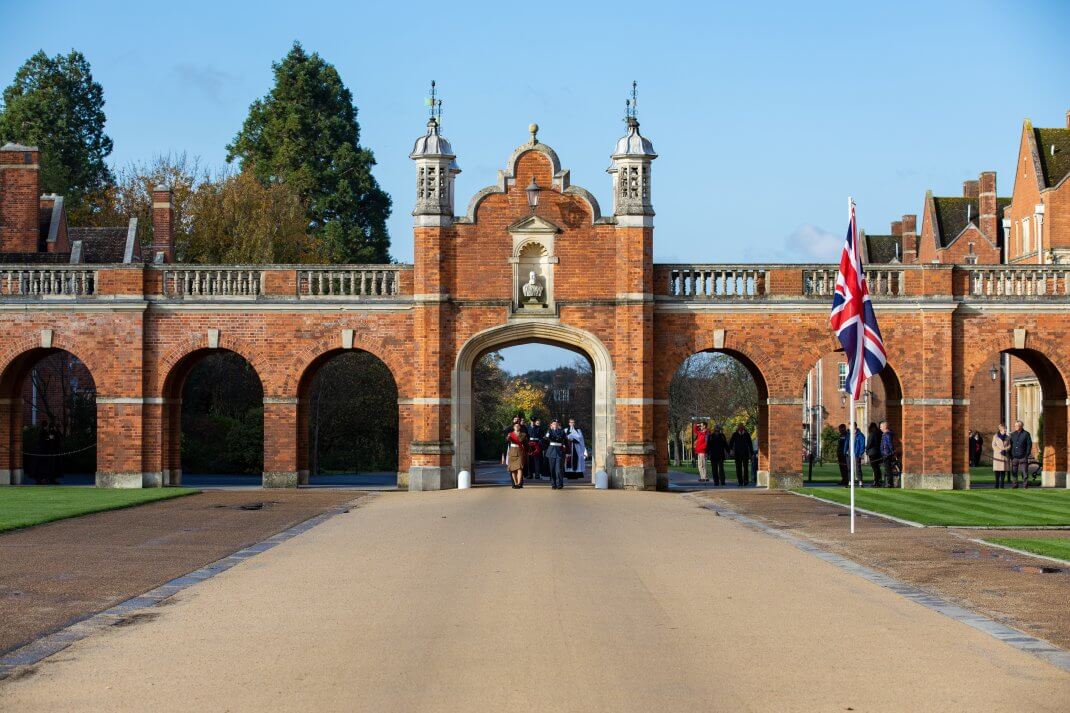 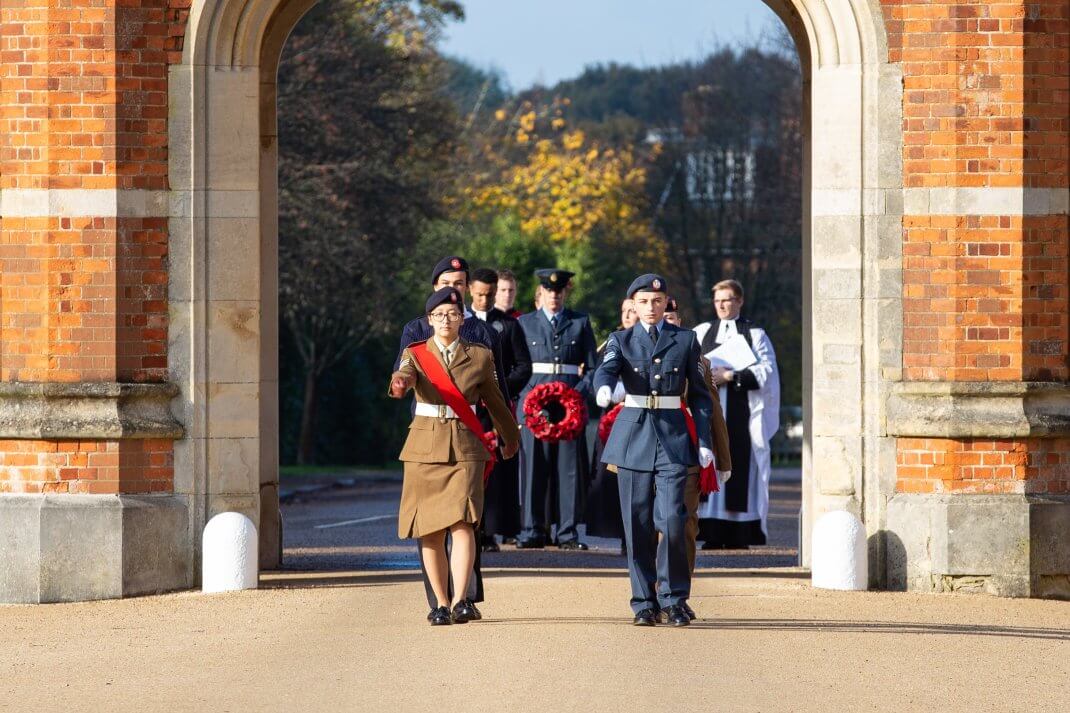 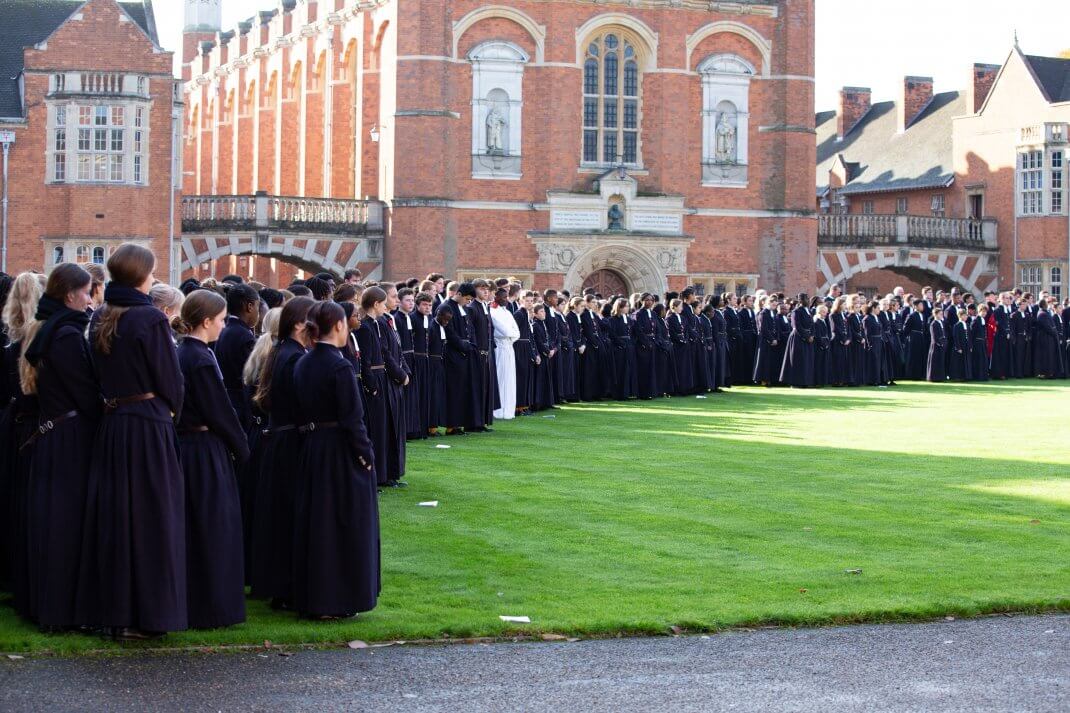 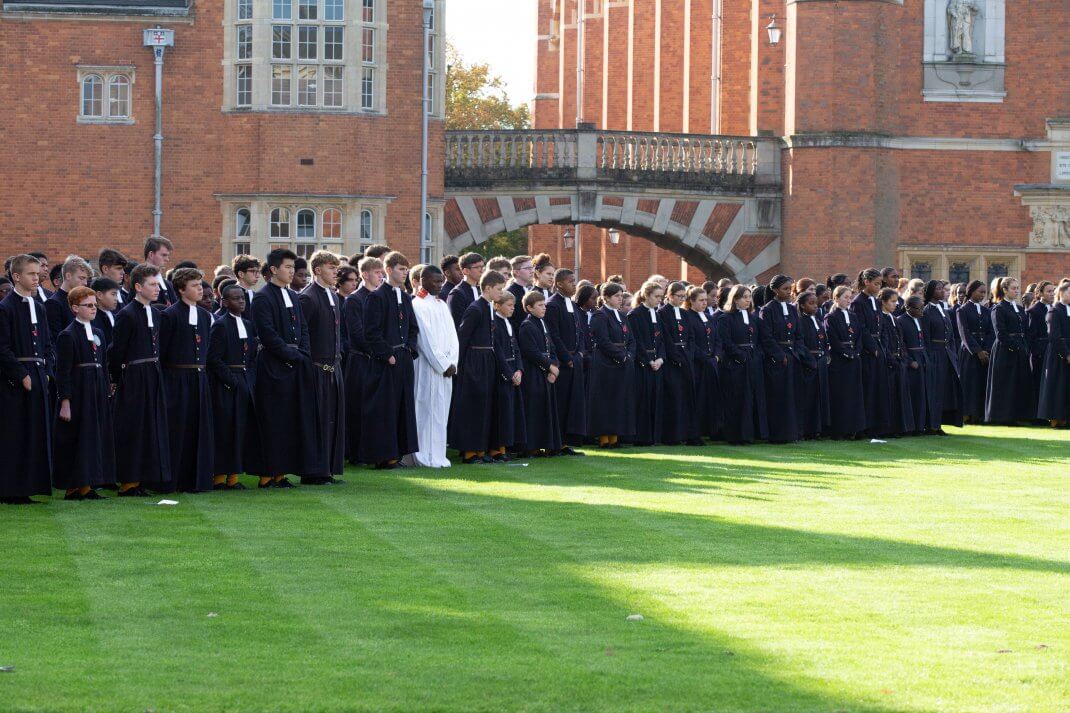 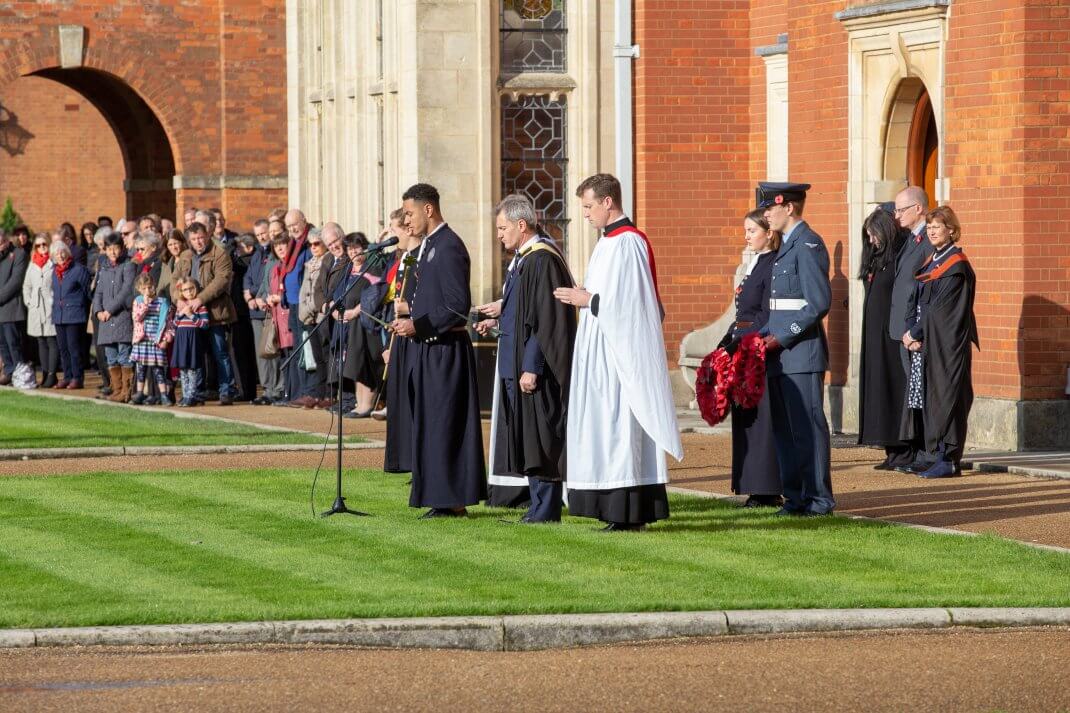 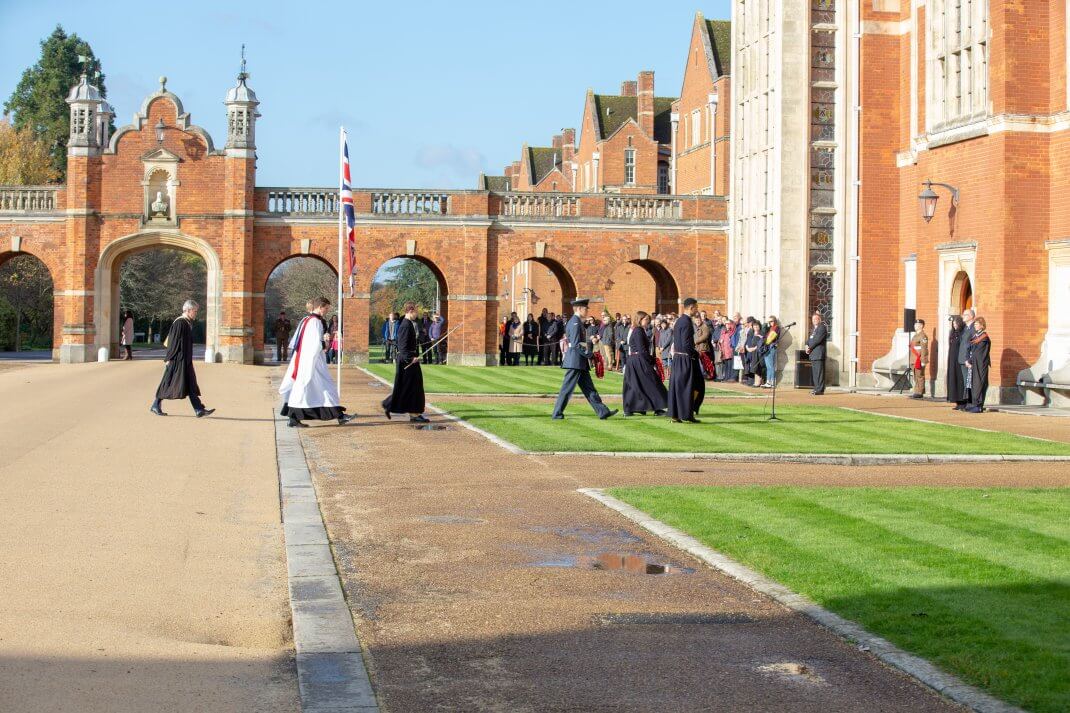 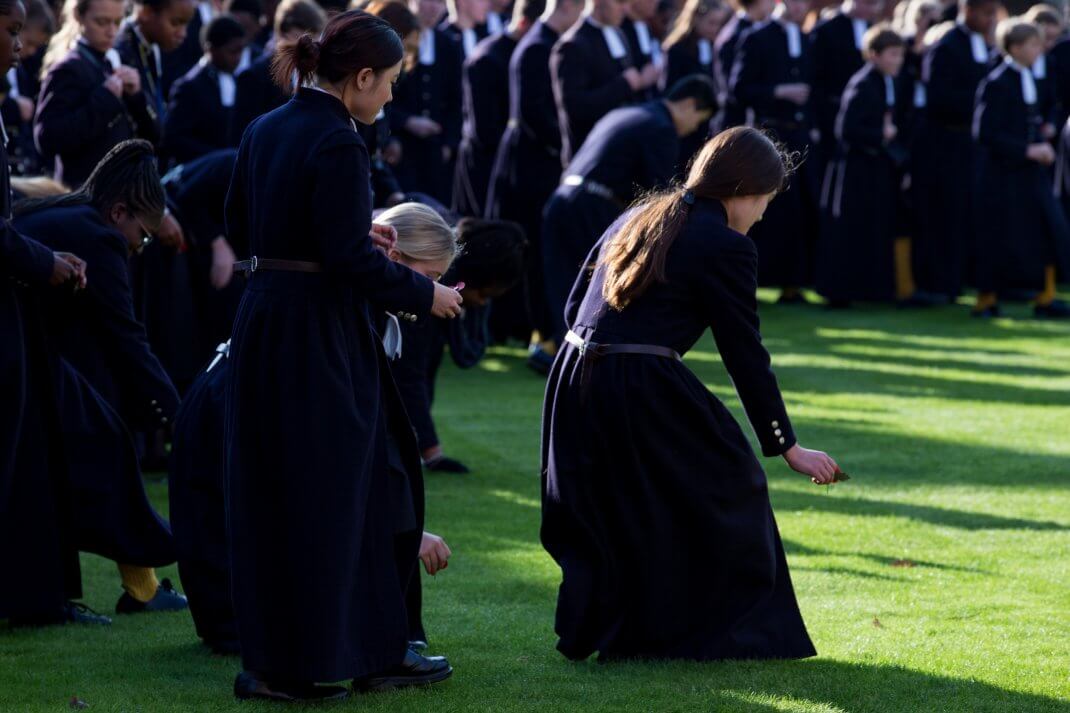 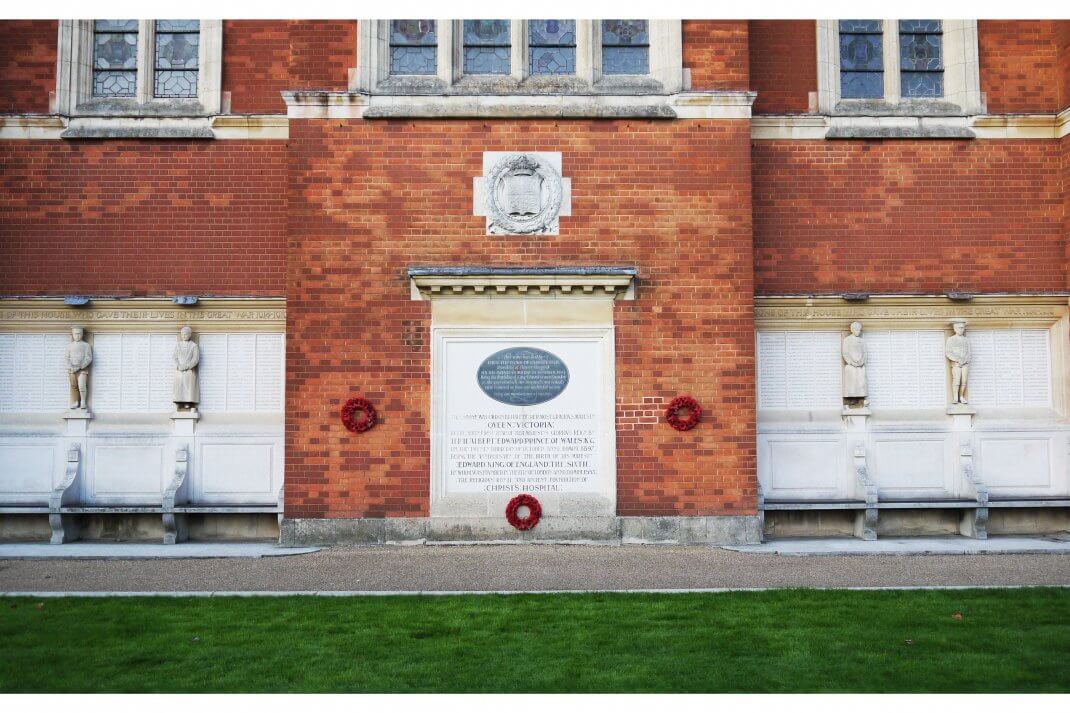