Each year, the Art School at Christ’s Hospital offers pupils the opportunity to enter its annual photography competition, named in memory of former pupil and renowned photographer Tony Ray-Jones (1941-1972).

This year’s competition had over 80 entries on the theme of ‘Equality’, inspired by the work of guest judge, Chris Steele-Perkins. Christ’s Hospital was delighted to welcome Chris, who is a renowned documentary and Magnum photographer, as well as an Old Blue (former pupil).

Chris was impressed with the quality of photographs and chose the winners based on their concepts, compositions and photographic styles. 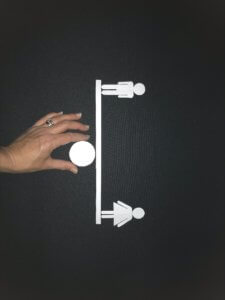 After the prizes were announced, Chris gave a talk about his fascinating career, which spans over 45 years. He has produced some of the most iconic images of British society in the last half-century, exploring youth subcultures, poverty and community with artful sensitivity. He has also travelled widely, making significant bodies of work in his home country of Myanmar, as well as Japan, Africa and Afghanistan, all of which have received critical acclaim.

Pupils found the talk greatly inspiring, with some sixth form pupils commenting “it was captivating”, “he had an aura of fascination” and “the narratives behind his compositions were compelling”.