The Christ’s Hospital 1st XI cricketers had a tremendous start to the 2019 season winning six of their first seven matches, then during the pressure month of public exams the 1st XI managed three more wins from four matches. With nine wins and still six matches of the season remaining, the 1st XI were still hoping to break the post-World War II record of ten wins in a season. However, draws against the Old Blues and Reading Blue Coat School was followed by defeat at the hands of MCC. CH departed for the annual Bruton Festival still searching for those elusive wins.

On day one, against a strong Plymouth College side, CH underperformed with the bat and were easily defeated. On day two CH won the toss and elected to bat. Louis Cooper (34) and Gus Freeman (21) made light of the early damp conditions and CH were well placed at 57-0 after 15 overs. However, disaster struck and four overs later CH had slipped to 66-4. Wickets continued to tumble and at 114-7 CH looked unlikely to post a defendable total. However, mature batting from James (26) and Toby (10) ensured CH were not bowled out until the 53rd over, leaving King’s Bruton 47 overs to score 158 to win. A superb opening spell of 3-15 from Nathan saw Bruton reduced to 26 for 3. Man of the match Louis maintained the pressure on Bruton with his best bowling of the season taking 2 for 7 from his seven overs, which included three maidens. Gus Freeman weighed in with four wickets to bowl King’s Bruton out for 102 giving CH a 55 run victory and equal the school record for most 1st XI wins in a season. 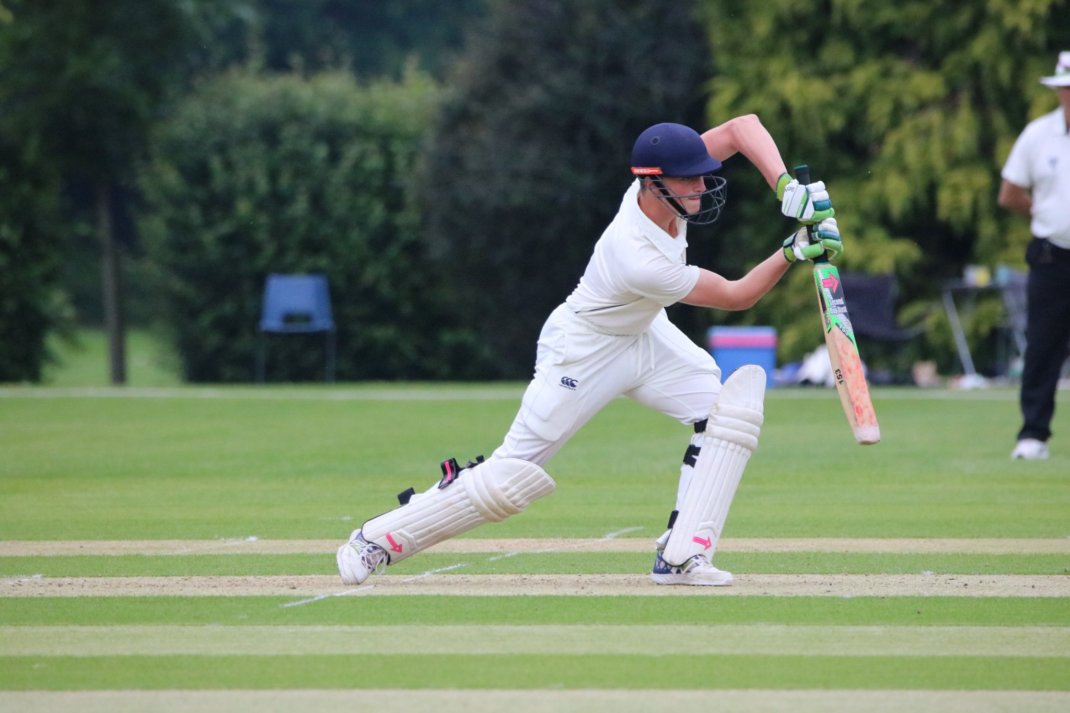 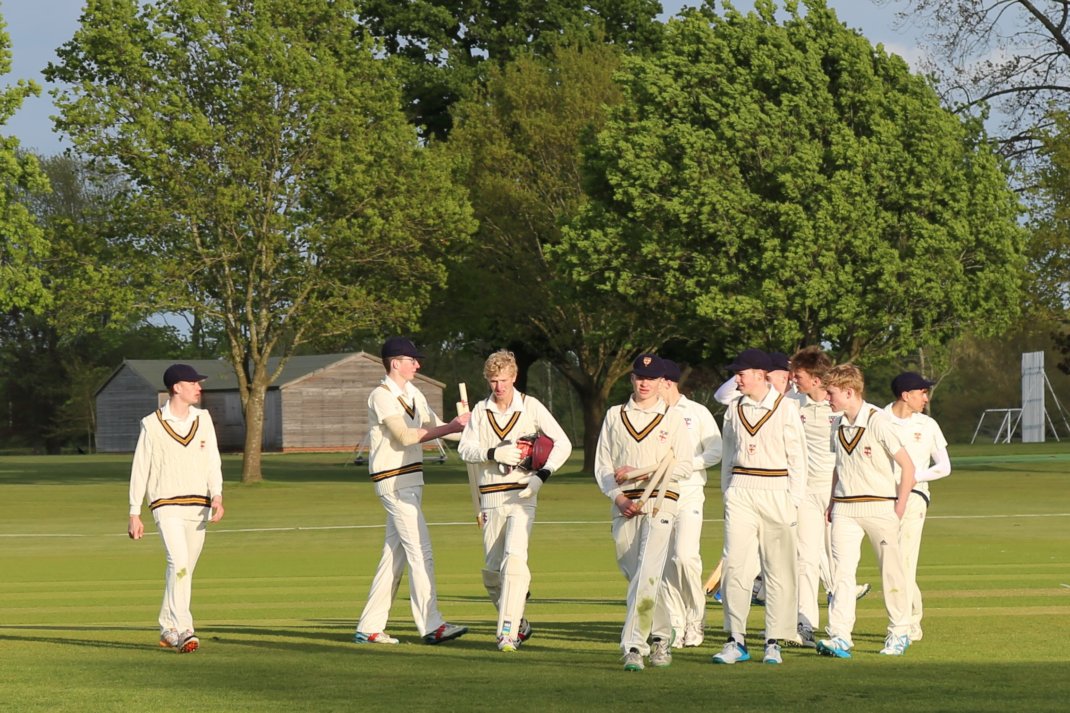 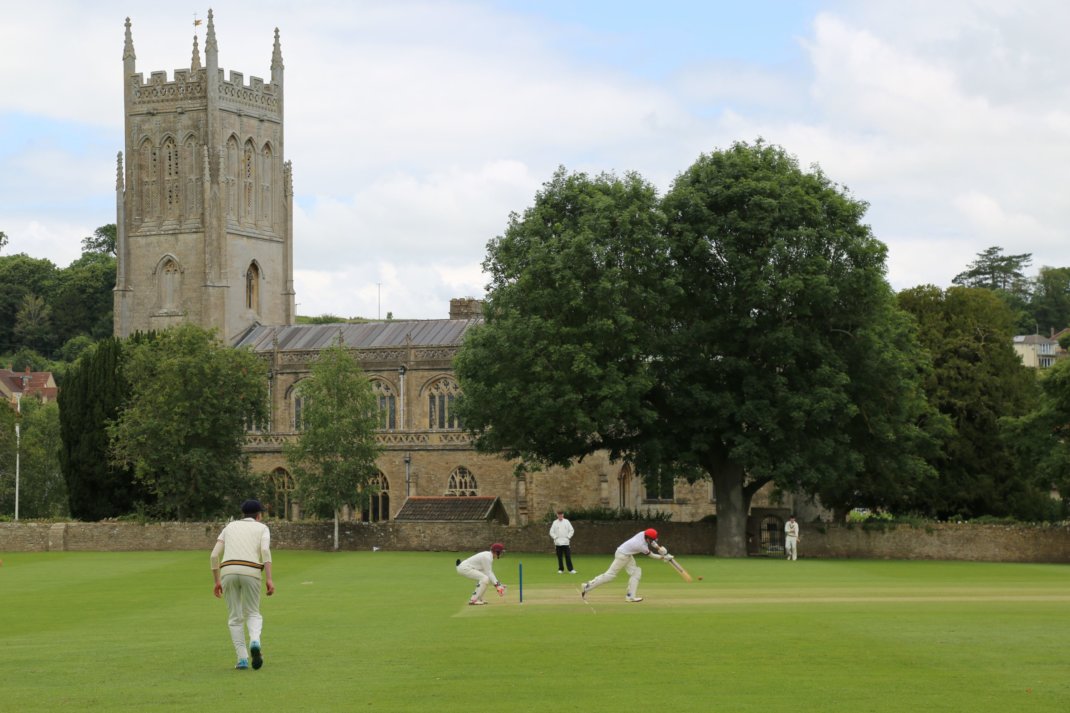 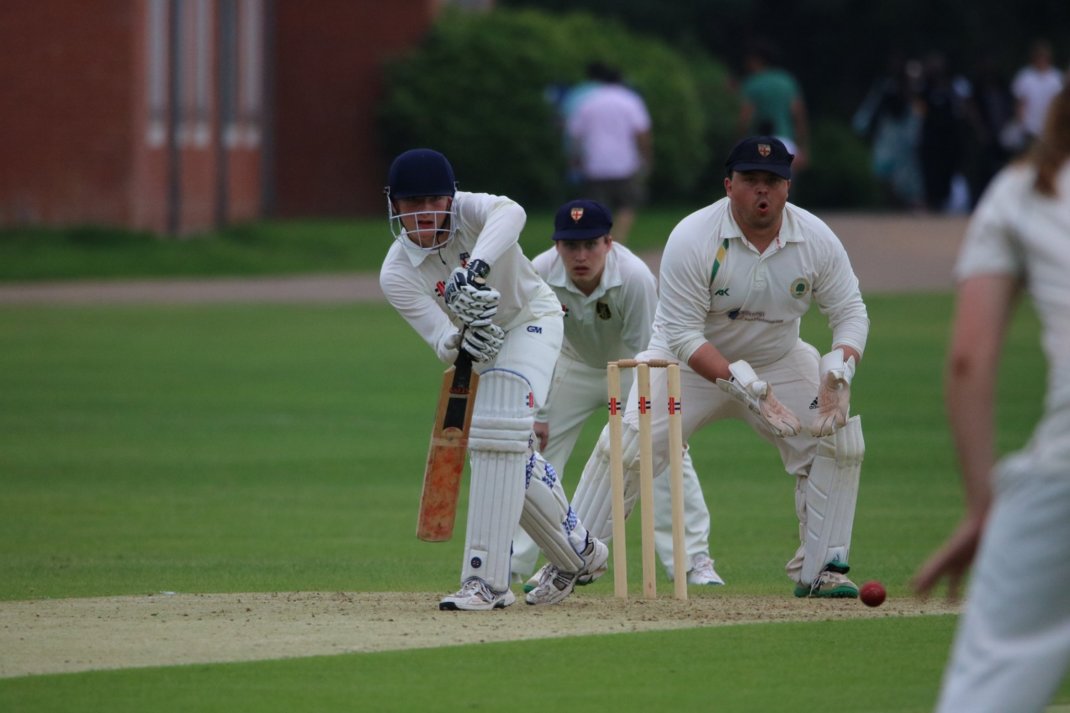 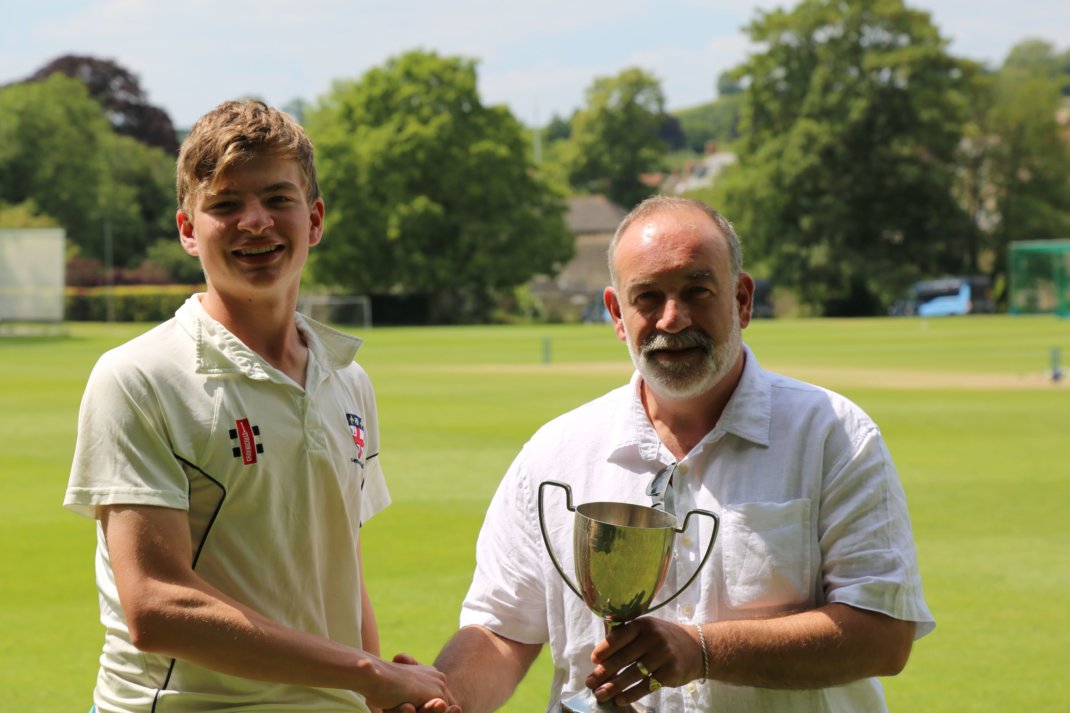 Day three of the festival saw CH play St. Albans from Hertfordshire in a 30 over match. CH needed to win their final match of the season to break the record of ten wins in a season set in 2002 and equalled in 2005. The 1st XI captain, Ben, won the toss and elected to field. He was made to somewhat rue this decision as St. Albans rattled up a mighty impressive 285 from their 30 overs! The silver lining to this dark cloud was that the three U15 players, Kit, Nick and Freddie all made the most of their bowling opportunities and none more so than Freddie who took 5 for 35. In reply, CH batted with freedom and went hard to try and overcome the St. Albans total. Solly (25) and Louis (55) put on 90 for the first wicket, Ben (32) added impetus when he arrived at the crease and there were superb cameo innings from Nathan (26) and Freddie (20*). However, the asking rate was always beyond CH as they slipped to an 83 run defeat.

The festival finished with Christian Somma presenting the Somma Prize to the 1st XI Player of the Season, which this year was awarded to Sussex academy player Gus. Gus finished the season as the highest run scorer with 593 runs and he was also the most successful bowler with 29 wickets. Solly finished 2nd in the batting averages with 357 runs and captain Ben was 3rd with 315 runs. The superb opening bowlers Nathan (25 wkts) and Arthur (24 wkts) finished 2nd and 3rd respectively in the bowling averages.