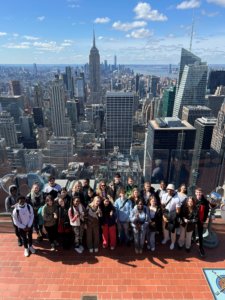 After two postponements in December ‘20 and ’21, the New York art trip set off in the first week of the Easter break with 27 pupils who had waited patiently and complied with the ever-changing UK and US governments’ vaccination and testing protocols before they could depart. They got there in the end and from their base of the hipster hotel, The Freehand, saw art ranging from icons of the twentieth century to the cutting-edge contemporary.

At the Museum of Modern Art, they saw many masterpieces by Picasso, Monet and Matisse and stellar examples of all the titans of Abstract Expressionism and Pop Art. At the Guggenheim there was a thought-provoking exhibition about personal personas by the British, Turner Prize-winning artist, Gillian Wearing, and at the New Museum, a major retrospective of the highly influential African American artist Faith Ringgold. In the Chelsea neighbourhood they saw the most current art being made in the converted warehouse ‘white cube’ gallery spaces as well as the lyrical portrait paintings of Jenifer Packer and the dystopian themed Biennial at the Whitney Museum.

Inspiration also came in the form of architecture which included staggering views from the top of the Empire State (at night) and the Rockefeller (during the day), vistas of the city whilst on the Circle Line cruise, and walking the High Line, which included Thomas Heatherwick’s Vessel and Little Island. Other cultural visits included the dioramas at the American Natural History Museum, strolling through Central Park, the splendour of St. Patrick’s Cathedral and the poignant 9/11 memorial.

Much-needed relaxation came in the form of a cinema outing, bowling, and a basketball match at

the Brooklyn Nets, as well as some retail therapy at the Chelsea Flea Market, in chic streets of SoHo, in the opulent stores on Fifth Avenue and under the bright lights of Times Square. As ever, food was aplenty, and everyone enjoyed the classic American fare of pizza, burgers, fries, and pancakes with lashing of syrup. Needless to say, everyone returned relieved that the trip actually happened, exhausted but truly inspired by this unforgettable experience. 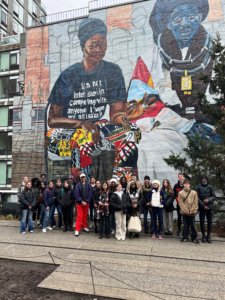 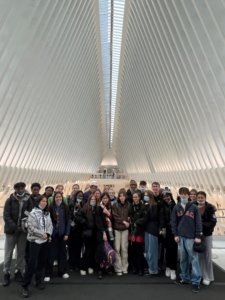 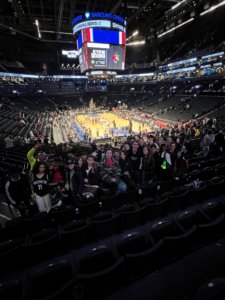