City workers had their daily routine shaken up on Friday 20 September when the streets between Holborn Viaduct and Guildhall were taken over by pupils from Christ’s Hospital for our annual St Matthew’s Day march, which celebrates almost five centuries of links with the City.

The event began with an atmospheric service in the church of St Sepulchre-without-Newgate, attended by The Lord Mayor Locum Tenens. The choir and a group of our musicians performed beautifully and Senior Grecian, Andre Da Silva-Jenkins, read the first lesson confidently and clearly. Then, led by the Band, Deputy Grecians (Year 12) and Grecians (Year 13) marched to Guildhall, stopping the traffic in their wake.

It was quite a sight: 400 pupils in Tudor uniform, led by our magnificent band, marching from St Sepulchre-without-Newgate to Guildhall. On arrival, they were welcomed by the Lord Mayor Locum Tenens for the traditional presentation of largesse, where each pupil was presented with a coin fresh from the Royal Mint. The tradition of giving pupils largesse, which means a gift of money or act of kindness, dates back to when the school was located in London, at a site now occupied by Merrill Lynch Bank of America, not far from St Paul’s Cathedral (from 1552 to 1902).

One of the highlights in the School’s calendar, historically, St Matthew’s Day was the day on which the Governors of CH were elected and a ceremony still takes place at the end of the church service when the Clerk presents the list of current Governors to the Lord Mayor. The documents are then placed for safekeeping in the archives of the City of London Corporation. 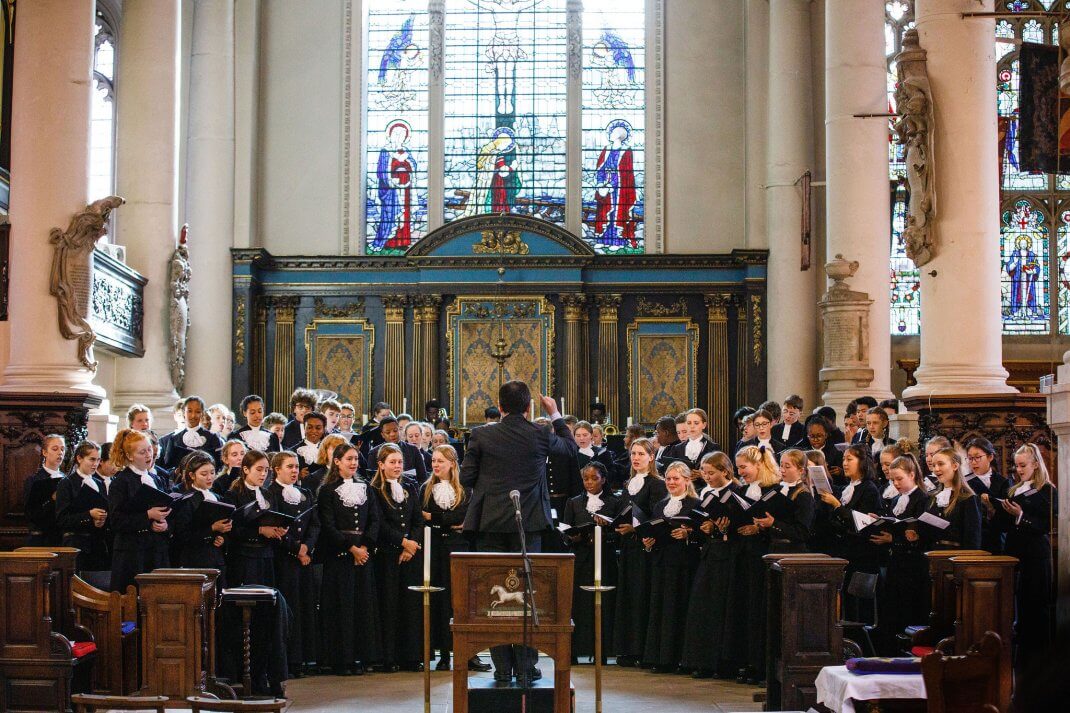 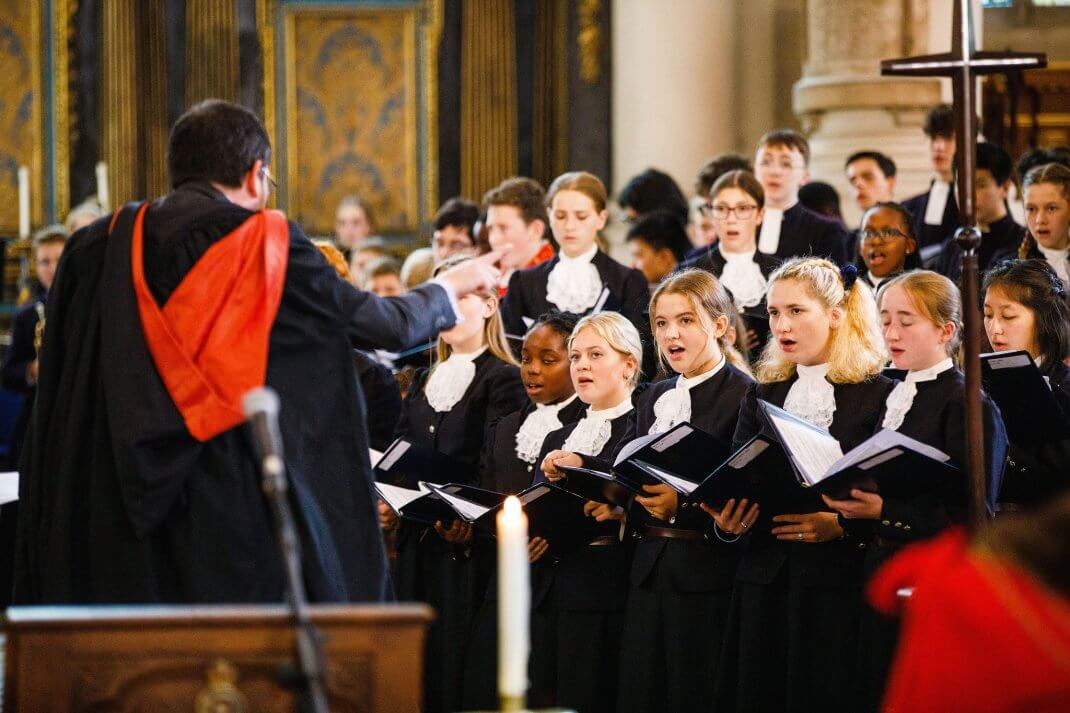 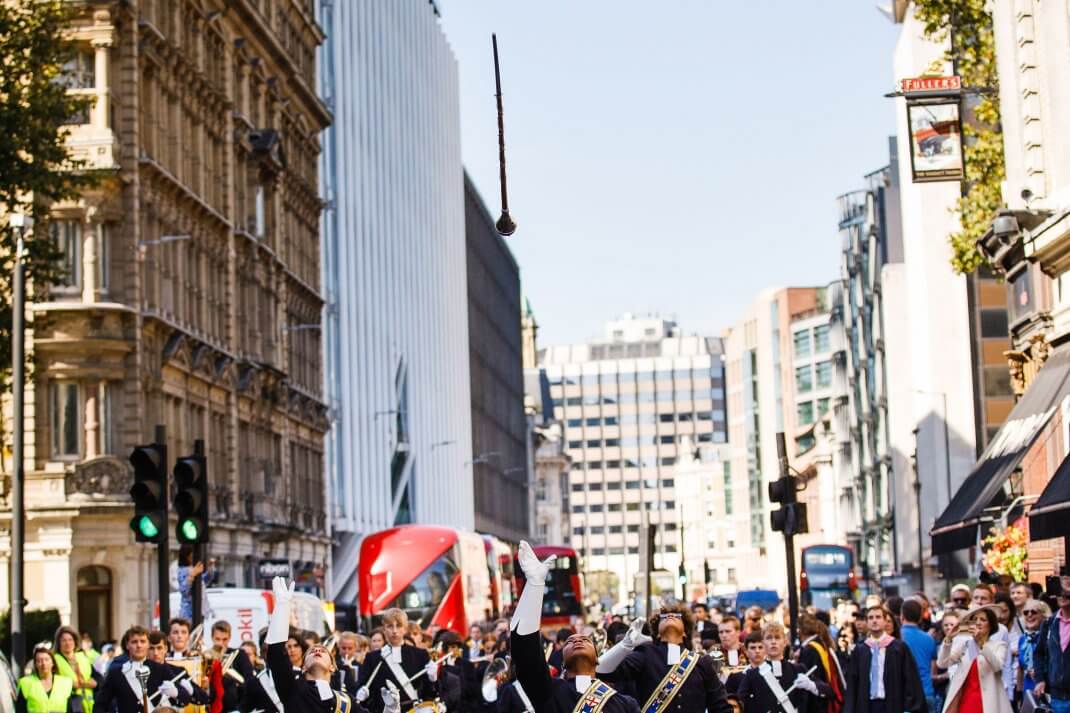 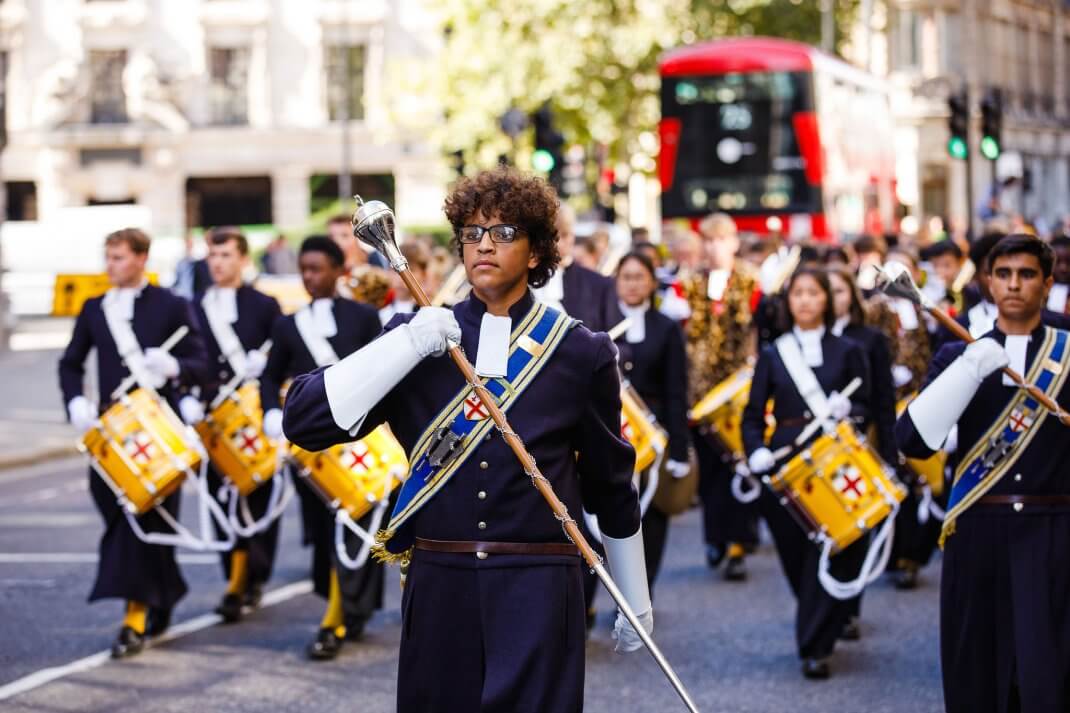 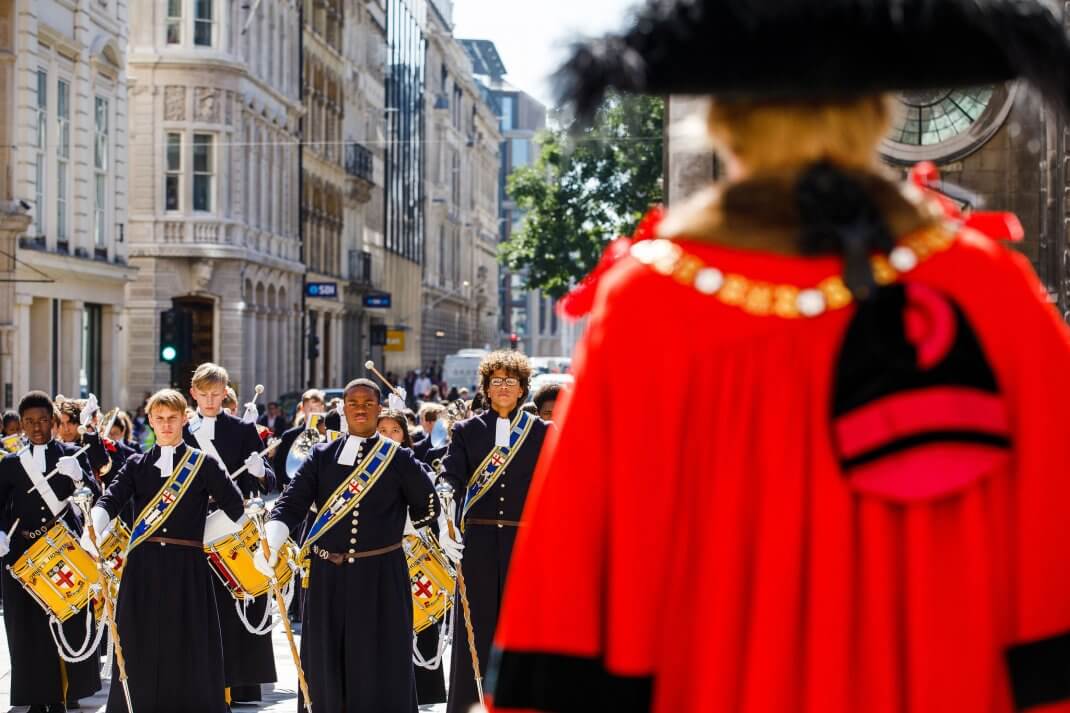 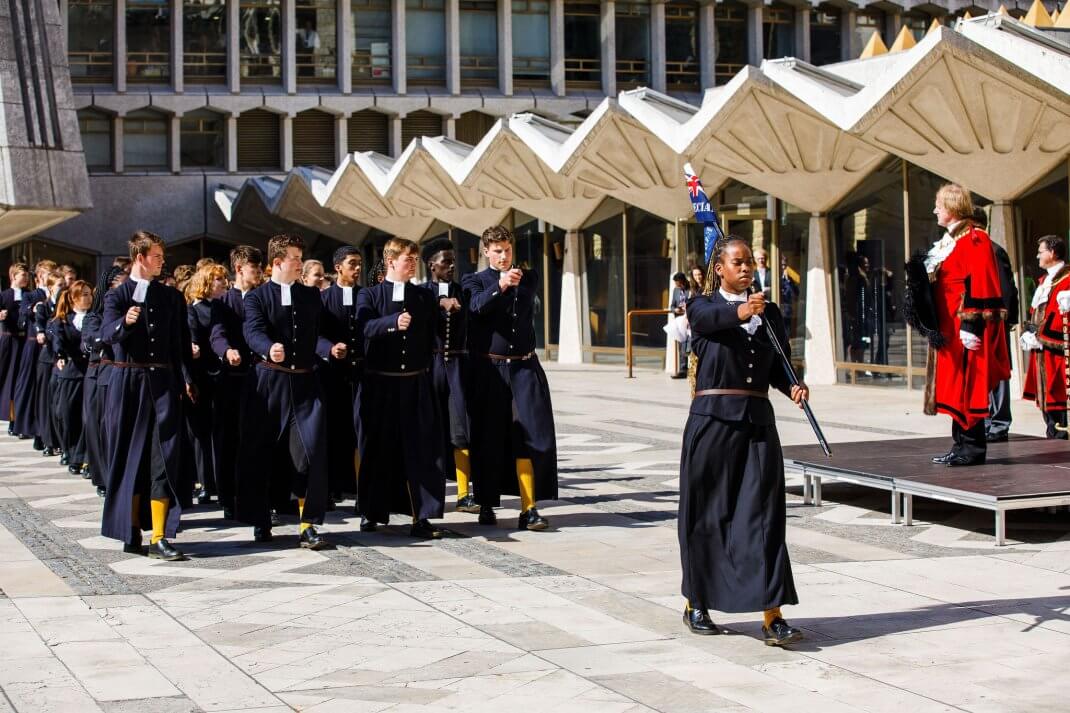 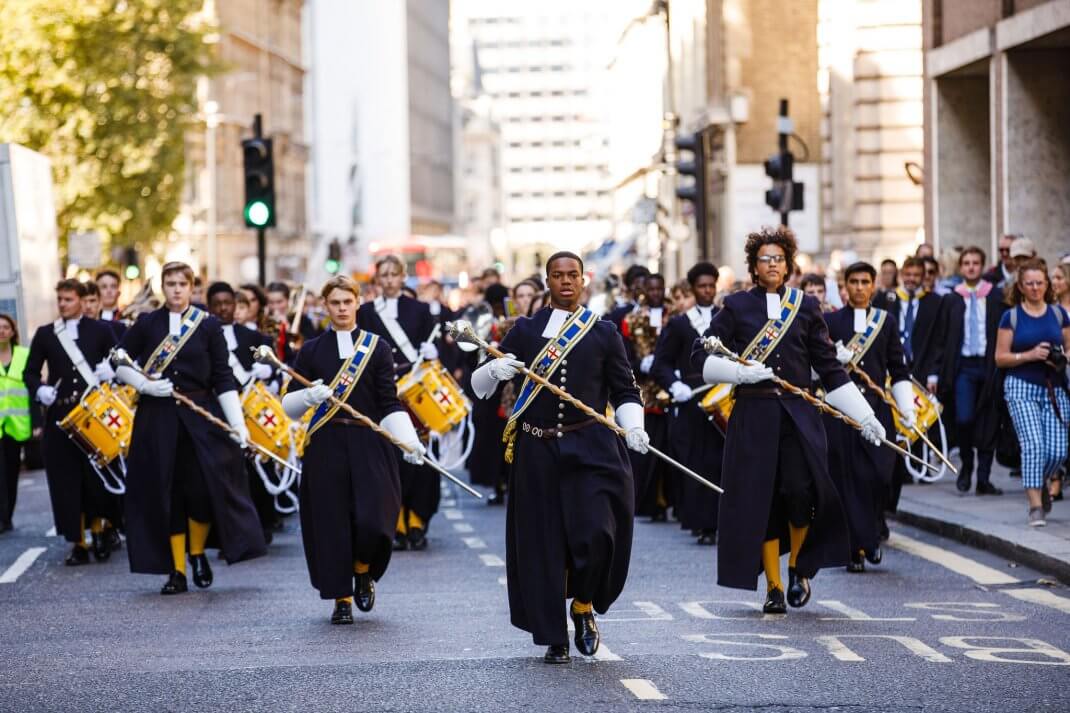 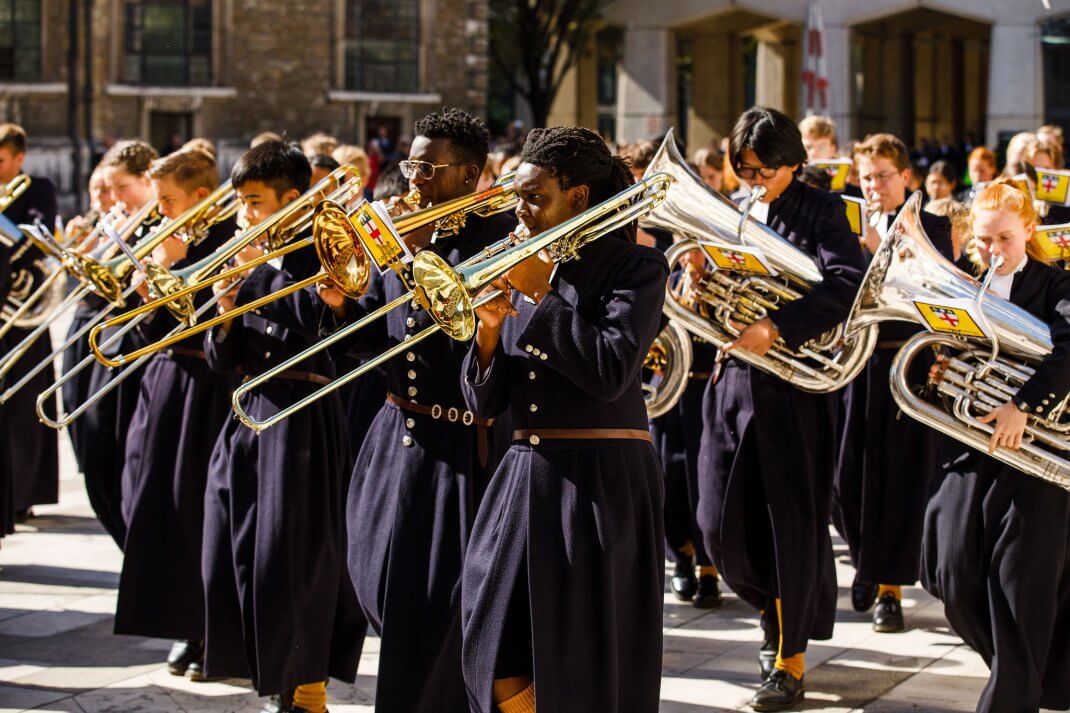 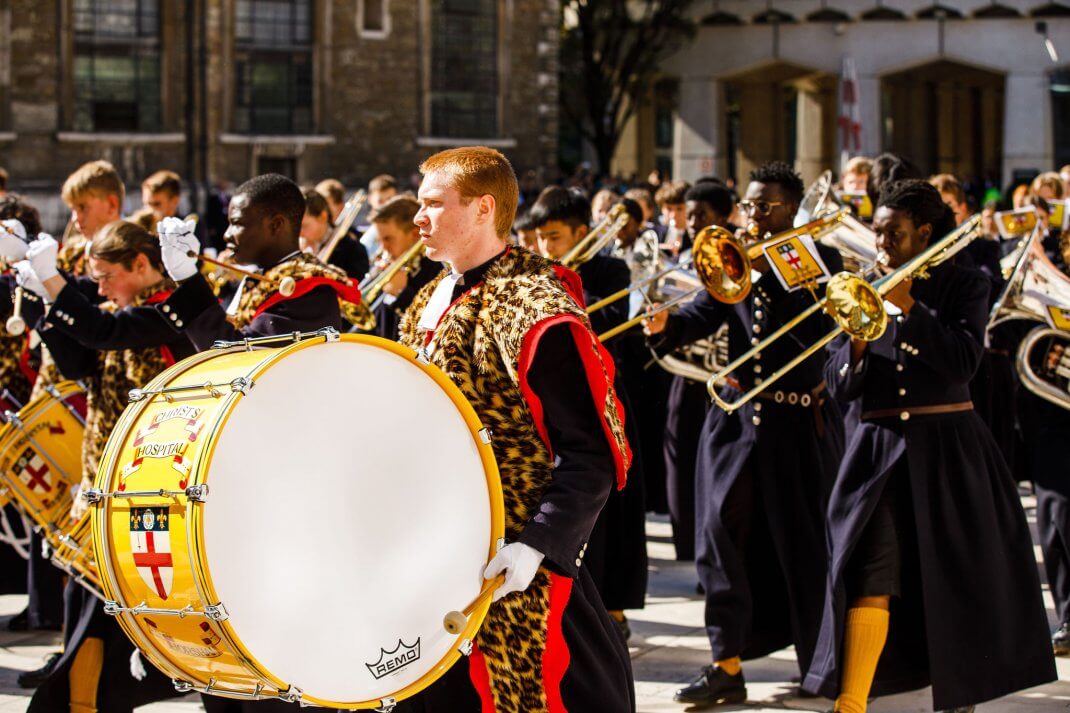 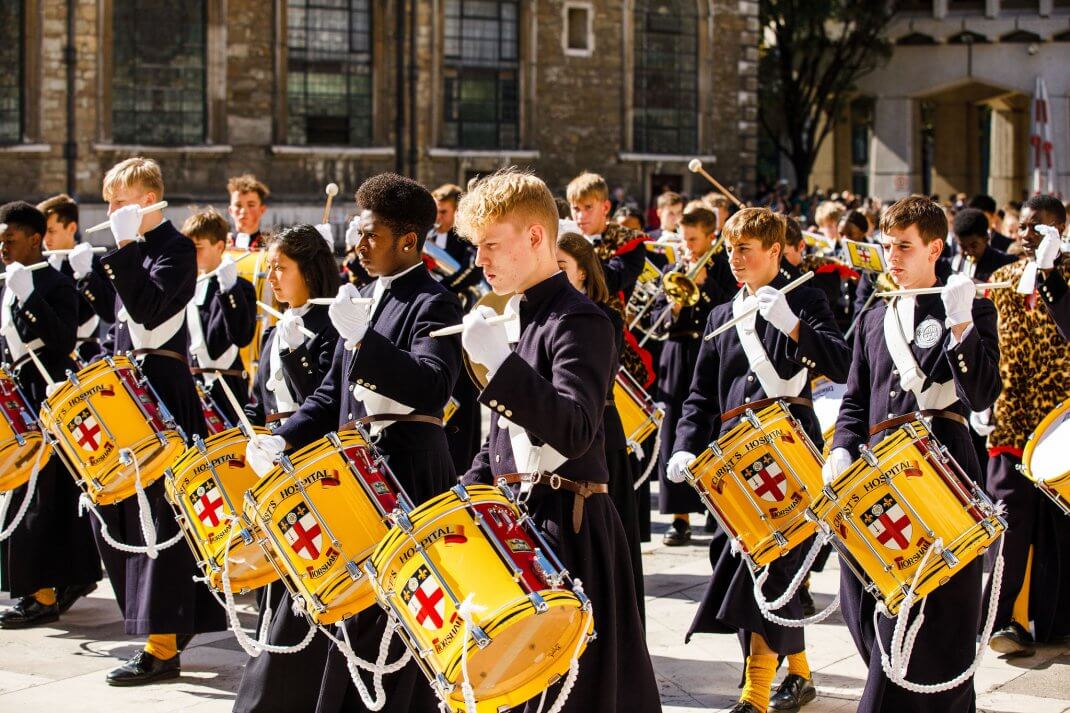 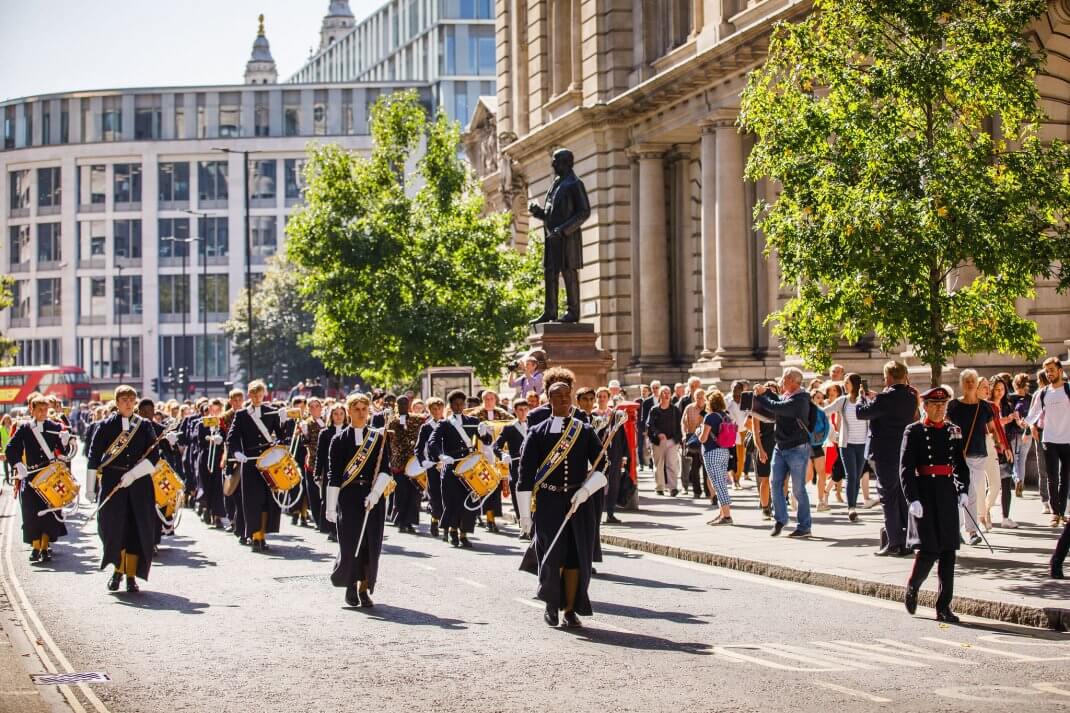 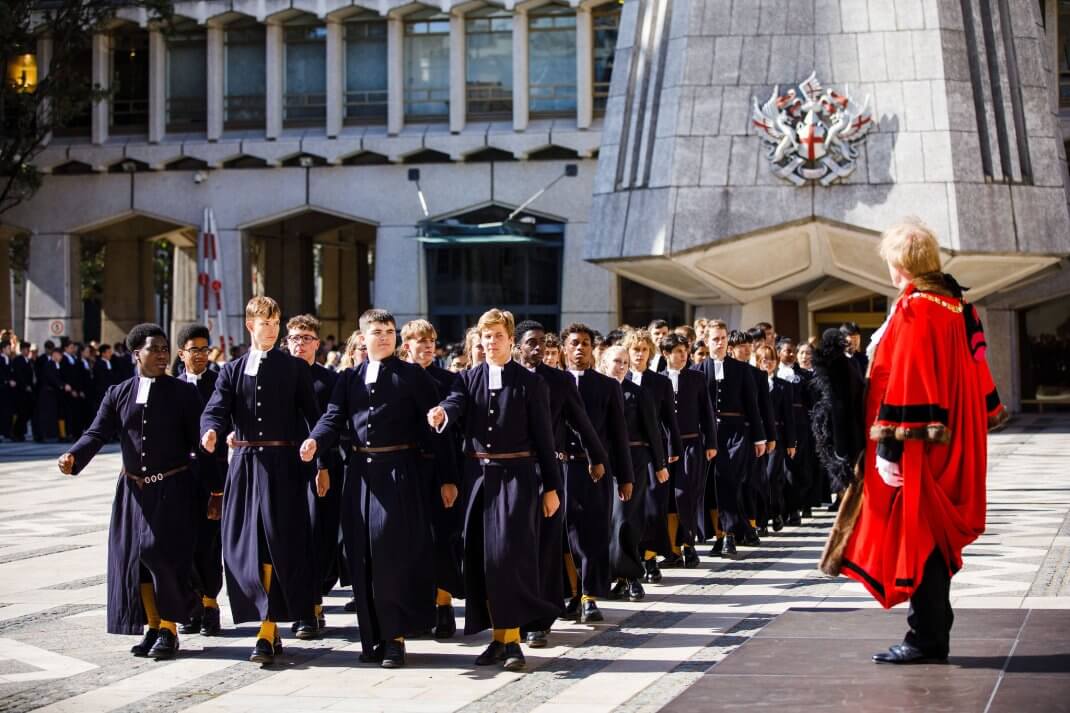 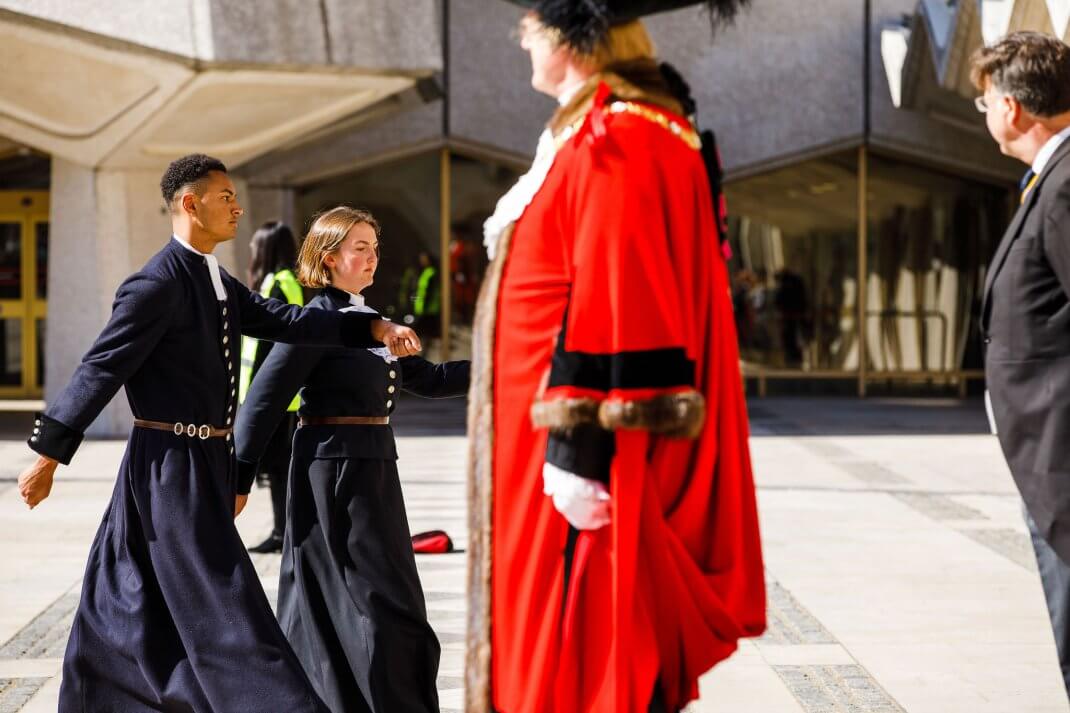 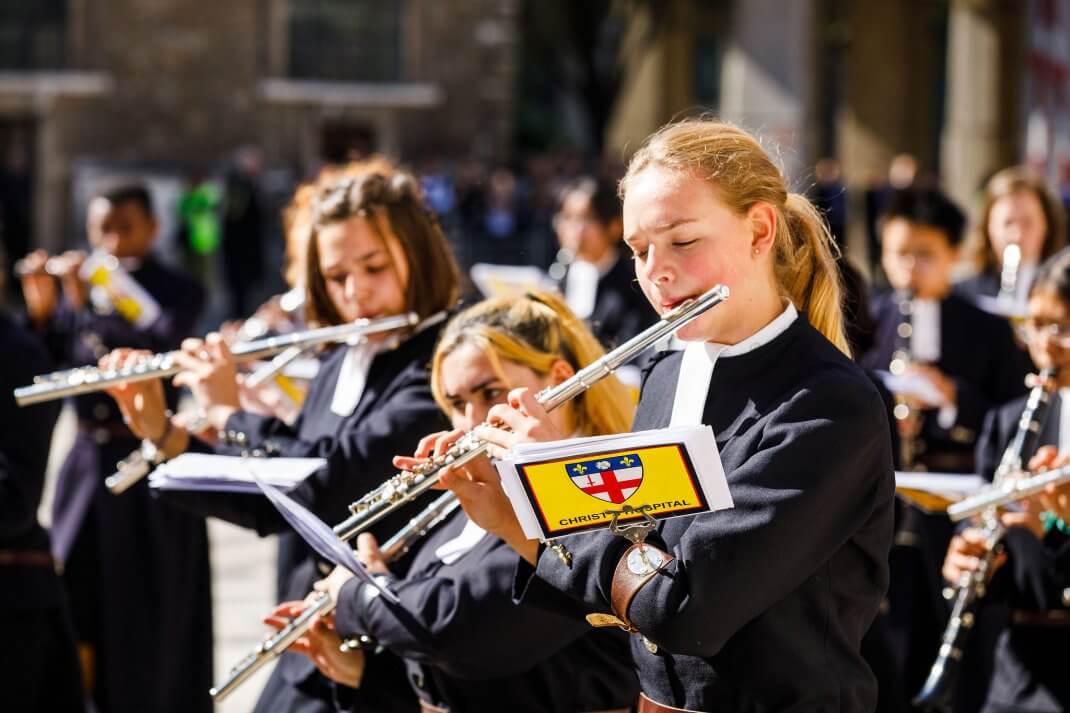 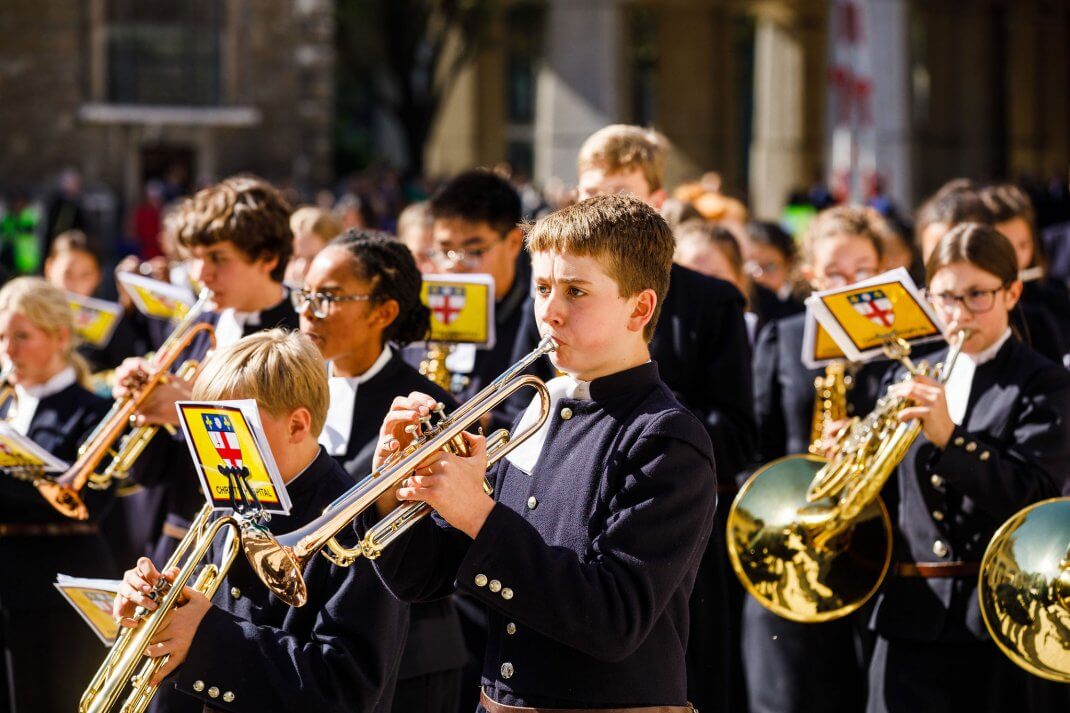 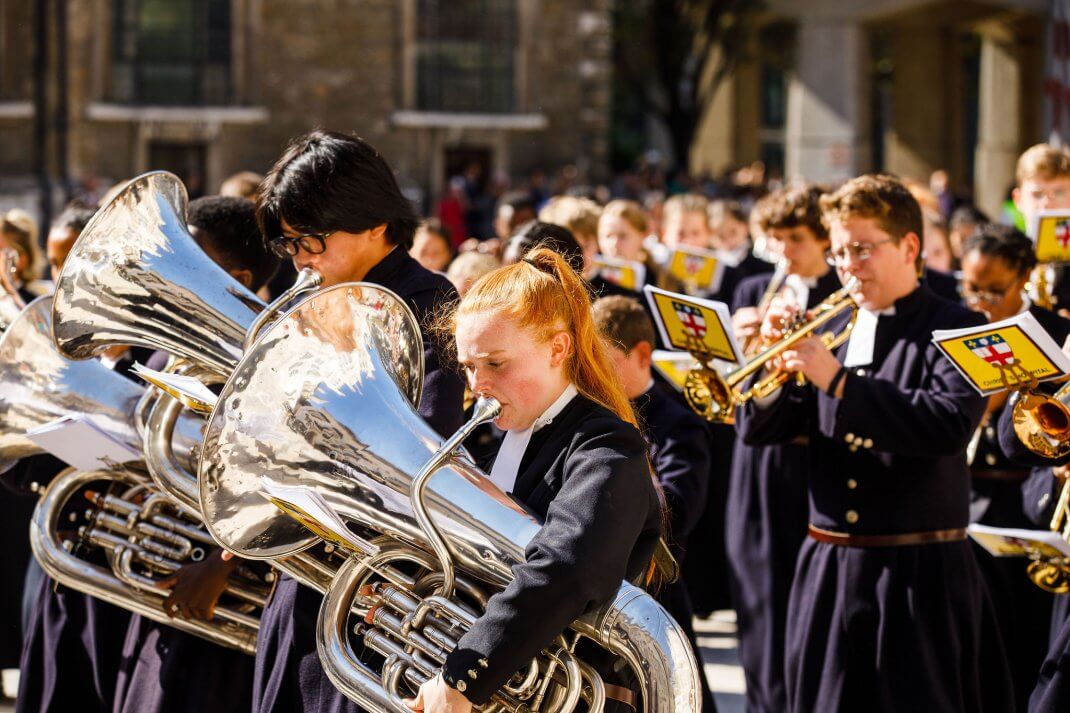