If you have never boarded before, you’re about to have the experience of a lifetime.

The House structure provides pupils with long term stability. Each house has a Houseparent who has overall 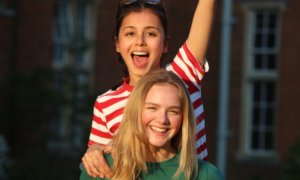 responsibility for the pupils in their house. They live in accommodation attached to their boarding house, many with families of their own, and are assisted by an Assistant Houseparent and a team of three other tutors who, in most cases, will be a member of the teaching staff.

There is always a member of staff on duty in each boarding house, who is clearly visible and easily accessible to the pupils.

In addition, each boarding house has a resident Matron who looks after pupils’ laundry and cleanliness. Matron is someone the pupils can talk to and seek advice from, and also deals with pupils’ day-to-day medical issues, supported by our Health Centre, which is staffed 24 hours a day with a team of trained nurses. Doctors from a local practice hold surgeries at the School five mornings a week and regular dental and orthodontic surgeries are held at the School. Specialist clinics are also held, e.g. for asthmatics.

Staff are very accessible to pupils, supervising their prep, eating meals with them and socialising in the boarding house. This helps to build up the respect and trust of pupils, so that they feel able to consult and confide in staff.

This helps the staff get to know pupils and pick up very quickly when something is worrying a pupil.

House events are an important aspect of boarding life. Houseparents take pupils out on trips to the theatre, cinema and bowling, and give them treats, just as a parent would. House-based activities take place every Wednesday evening and most Saturday evenings and staff support pupils when they are performing in concerts or plays or in sporting events.

Some ninety boys and girls enter Christ’s Hospital each September into the Second Form (Year 7), with a smaller entry into Little Erasmus (Year 9) and Deps (Year 12).

There are eight boarding houses for girls and eight for boys, from the ages of 11 to 17 years.  Our final year pupils (Year 13) live in separate, mixed boarding houses called Grecians houses.

Approximately forty-five to fifty pupils live in each house. Typically, nine or ten children join each house at the start of the new academic year, seven in Year 7 and two or three in Years 9 or 12. Everyone quickly gets to know each other.