Since the late 1800s, CH has advanced change in science education, incorporating the subject as an integral part of the school curriculum.  It has continually brought the subject and methods of teaching to the forefront of schools in Britain. Today, CH seeks to continue to pioneer new approaches to equip its pupils with the skills for careers of the 21st century; a world of high-tech and science-based industries.

Dr Henry Edward Armstrong became an Almoner of Christ’s Hospital. He pioneered the approach to teaching science, calling it the heuristic method of instruction, whereby if a pupil is placed in the position of a “discoverer” (an active participator), he or she would learn much more than being merely told about things. His methods have influenced science education ever since.

Dr Armstrong secured the appointment of Charles E Brown, who introduced Armstrong’s heuristic methods of instruction to the pupils at CH and established the subject as an integral part of the curriculum. 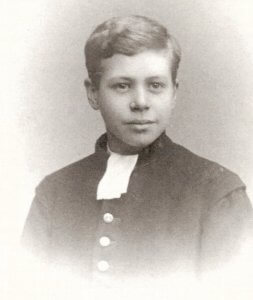 Sir Barnes Wallis was one of the first pupils to benefit from the new syllabus at CH.  He reported that his teacher (Browne) “did not teach science in the sense usually attached to the word; he used science to teach us to think, to reveal to us the powers we ourselves possessed.”

Dr Armstrong greatly influenced the design of the Science School building at CH, Horsham. The existence of such well-equipped laboratories and facilities were unique at that time for a school in the UK. 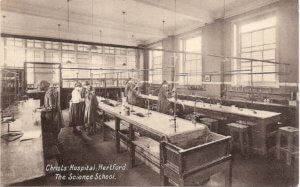 In most girls’ schools science didn’t feature until the 1950s. Armstrong, however, strongly supported the education of girls, and was responsible for a dedicated science block and the provision of science laboratories at Hertford for CH girls.

A New Science School was constructed at CH in response to increasing take-up of the subject. 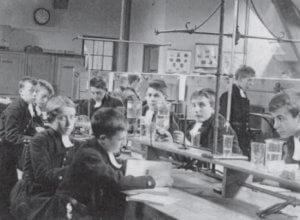 Dr Gordon Van Praagh joined the staff at CH (1933-1964). He re-invented Armstrong’s heuristic techniques and influenced science teaching across the world through his work at CH.

Van Praagh became a leading figure of the Nuffield Science Teaching Project, which, by the 1960s, modernised and dominated science education, while maintaining a commitment to teaching for understanding through hands-on practical work.

Van Praagh conceived the CH Science Journal to encourage CH scientists, to communicate their research in good English.  The authors of many articles later had distinguished career in the field.

CH followed Nuffield courses in Chemistry, Physics and Biology with teachers Dr Roger Hackett and Glynn James influencing the revision of Nuffield publications, while the Nuffield Science Teaching Project gave rise to new ideas in Britain and the Commonwealth.

The Salter’s Livery Company awarded Glynn James with the prestigious Salters’ Prize for the teaching of Chemistry. 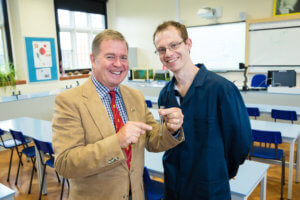 Thanks to the support of Old Blue, Chris Bugge, a four-year project to refurbish and modernise eight science laboratories at CH was undertaken.

Mr Bugge, said:  “I feel secure in the thought the pupils at CH will find this a truly inspirational place to learn Science. “When I was at CH, I was taught science by teachers who believed in ‘the heuristic method’, first used by Armstrong and Brown over a hundred years ago. They were insistent that you had to perform practical experiments and learn through observation and discovery, rather than just looking at a blackboard and learning by rote. We learnt how to write up experiments exactly how they happened, and the conclusions had to draw nothing more than the data allowed. I still have all my old Chemistry and Physics notebooks which vividly bring back to life these experiments when I read them now.”

Dr Armstrong secured the appointment of Charles E Brown, who introduced Armstrong’s heuristic methods of instruction to the pupils at CH and established the subject as an integral part of the curriculum.