Led by fund Champion Matt Tilbury (BaB, MdA 80-86), a partnership of Old Blue donors from the class of 1986 created their own fund to support a pupil at CH.

Emma joined CH in 2016 and has since been benefitting from the generous support of the 1986 Leavers’ Fund.

Emma reflects on her CH journey so far:

“I used to be shy and I was scared to try new things, but since I started at CH, I feel like I have become more confident and I try new activities which have really benefited me. CH has really helped me to mature. I’ve also become more independent and responsible and I’ve learnt to take care of my own belongings and take care of myself and other people as well. My teachers especially have been a help to me.

My favourite subjects are Biology, Latin, Spanish, Art and Food & Nutrition. I have enjoyed playing netball and hockey s well as fives which is a sport that I have never played before and it’s now one of my favourite hobbies.

I have had the opportunity to go on a number of school trips this year including the Globe Theatre in London to watch Romeo and Juliet which was an amazing performance. I also went to Hever Castle which was really fun – especially the maze!” 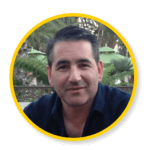 “I had an idea a few years back to get those of us still regularly in touch jointly to contribute to sponsoring a child through CH.  The ‘Charge’ still looms large in my conscience.  Around that time CH were also looking at ways of increasing the fundraising base in light of the financial challenges both the school and the Foundation were facing.  This was also the time that some bad press was circulating that the school was going the route of previous (charitably founded) schools namely towards accepting more full fees students.

A get together was arranged by the CH team and a few of us OBs and hosted by Robert Harwood-Matthews (OB) at TBWA offices.  At this event I gave a short call-to-arms speech and expanded the recruitment remit to include the whole year of ’86 leavers rather than just our select few.  The idea being that a collection based on year group would get benefits from having a lower barrier to entry to start giving while still being able to give to an identified, specific goal (rather than to a general pool).  The side benefit being an opportunity to be able to enjoy that fellowship which we all felt at CH.

I hope you will join with me and make the 1986 Leavers’ Fund a success in order to support the education of another child at CH and give them the same benefits and opportunities that we all enjoyed.”