Christopher found Christ’s Hospital difficult to settle into initially and was quite homesick. He described the dormitories as 25 beds, with each bed consisting of wooden boards and a horse hair bolster pillow. There were cold water troughs for washing and hot water was only allowed for the baths. He was introduced to Rugby football (rugger) in his first term and took to it and he enjoyed the summer sport of “Stoolball” which they were told was an ancient southern counties game which had been played for several centuries and before Cricket. The “wicket” was a square board mounted on a post and the bat was round like a table tennis bat.

Much of Christopher’s time at Christ’s Hospital was affected by the war, with blackouts, air raid drills where they had to hide in underground passages under the school, later there were too many air raids so they hid under their desks. There were meagre food rations and a treat was a hunk of rather stale bread with butter on for 1p purchased from the tuck shop (which he thought was rather expensive).

Christopher went on to a successful career in the Army with the Oxfordshire and Buckinghamshire light infantry battalion of the Royal Green Jackets (which became The Rifles), where he reached the rank of Lieutenant Colonel and was awarded the OBE for his work as Defence Military Attaché to Portugal in the mid 1970s following their military coup. Christopher’s career took him to postings in the UK, Germany, Cyprus, Staff Officer in the Sultan of Brunei’s Army.

When Christopher’s Army Career came to a close he worked in the Ministry of Defence from 1979 to 1986, providing briefings for the Iran Iraq War and the Falklands War crisis cells. This was followed by a time back at the TDRC at the Army Staff College at Camberley as a retired officer up to 1991. From here he fully retired to Hampshire with his wife, Mary and from 2005 moved to Hertfordshire to be near family and grandchildren. After Mary died in 2016 he continued to be well supported and cared for by family and many friends from the village and his parish church until he passed away in January 2021. 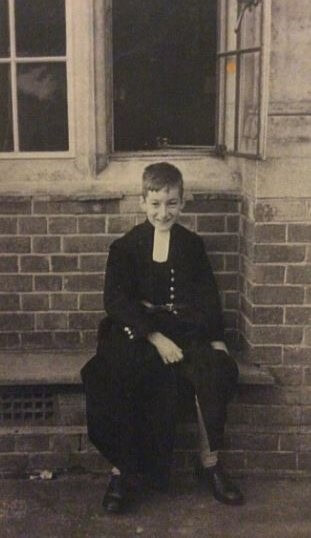